Norwich City said data showed that the average age of its season ticket holders, 49, was in the bracket of people most at risk of suicide

Norwich City delayed the launch of its kit for the new season to raise awareness of mental health.

The football club had promoted an online reveal as "not just another kit launch" before publishing a video narrated by actor Stephen Fry highlighting the issue.

In the video, Canaries fan and Mind president Fry said it was time to "step up the fight for mental health".

The club said the campaign "represents something bigger than our kit launch".

"Although mental health is now a much more talked about topic, there are still so many who suffer in silence," said senior marketing manager Holly Leech.

"The aim of this campaign was to guide people on where they can go in times of crisis and show our community how they can help people around them if they need support."

The club said in one year alone, 518 people in East Anglia took their own life and data showed that the average age of its season ticket holders, 49, was in the bracket of people most at risk.

It said with help from Norfolk and Waveney Mind, the club learned how the Covid-19 pandemic and rising cost of living were causing more concerns.

In the Twitter video, Fry, who has previously opened up about living with bipolar disorder, said: "I'm talking to you not just in my capacity as a Norwich City fan, but also in my capacity as president of the charity Mind.

"So please watch this video and help us step up the fight for mental health."

As part of the campaign on its Twitter feed and website, Norwich City shared videos by those who have been affected by mental health issues.

Sonja Chilvers, chief operating officer at Norfolk and Waveney Mind, said demand for the charity's services increased each year "as more and more people seek support for their mental health".

"Thanks to campaigns like this, we can reach more people, encouraging them to talk about how they feel and come forward and ask for help," she said.

🧠 We want to highlight the current mental health crisis, using the hook of a kit launch to create maximum awareness and get supporters talking.Together, we can help save lives.

If you need mental health support, we encourage you to visit the below websites.#NCFC pic.twitter.com/1Xs7HK4CwZ 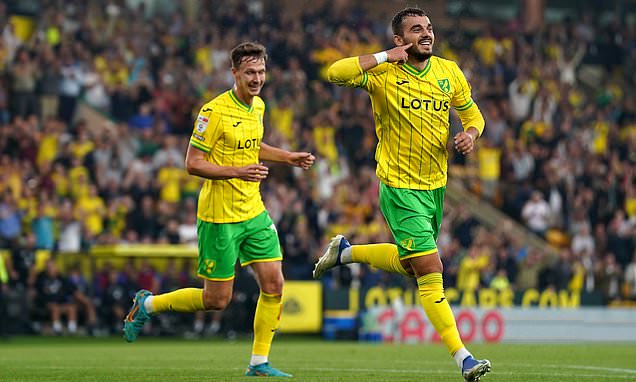