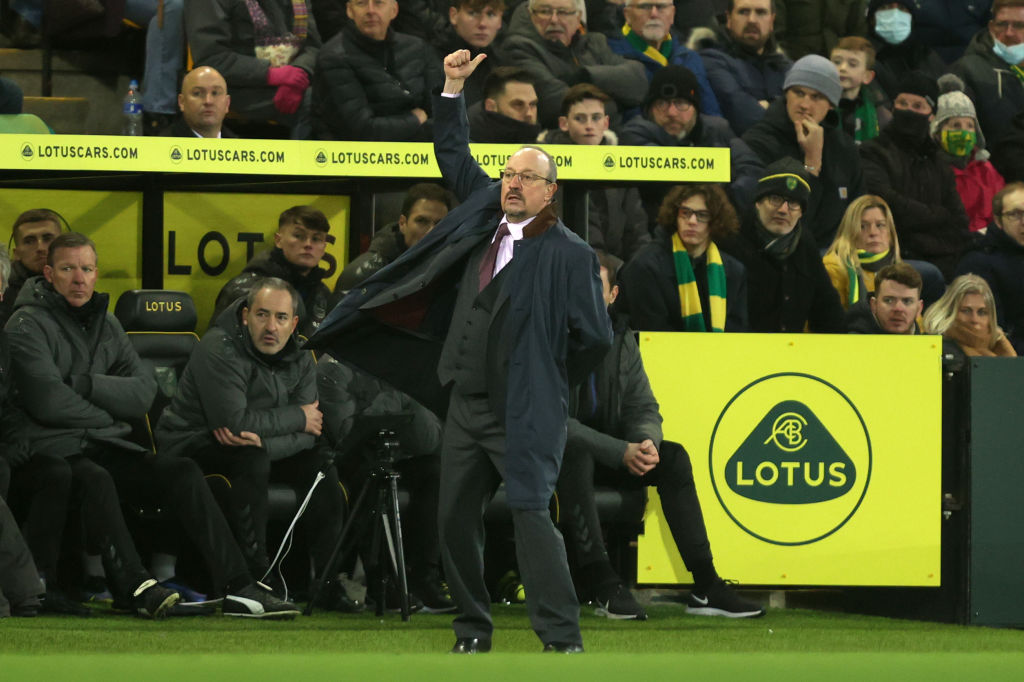 Everton boss Rafael Benitez is set to leave the club imminently after Saturday’s dismal 2-1 defeat away at struggling Norwich City.

Everton simply couldn’t afford to turn in another dour performance against a Norwich side that many have already written off.

Sure enough though, Everton were dreadful again. Michael Keane’s own goal was quickly followed by an Adam Idah strike.

Richarlison pulled one back for Everton with an acrobatic effort, but that didn’t stop the Toffees falling to another defeat.

It now seems that the end is nigh for Benitez at Everton.

The Athletic report that there is ‘no way back’ for Benitez at Goodison Park and Everton may well sack him in the coming days.

90Min add that Benitez and Everton have already agreed to part ways in light of Saturday’s defeat, with the decision ‘mutual’.

They claim that Everton’s interim boss may well be Duncan Ferguson, as he has already been asked to take the role.

This would be yet another managerial misfire from Farhad Moshiri and co, who just can’t seem to get it right.

Since sacking Roberto Martinez in 2016, Moshiri and co have been through Ronald Koeman, Sam Allardyce, Marco Silva, Carlo Ancelotti and now Benitez.

In the case of Benitez, it’s remarkable that Moshiri ever thought it was going to work at Everton.

Benitez came in with Everton fans already disliking him from his time in charge of local rivals Liverpool.

Turning the opinions of Everton fans was never going to be easy, but Benitez really hasn’t got close to changing opinions.

From a disappointing brand of football to ditching a fan favourite in Lucas Digne, Benitez has been on a path to disaster at Everton.

Losing to a Norwich side who look destined for relegation appears to be the final straw, with Everton ready to make a change.

In other news, Coach 'will understand' if £20m Everton and £25m Tottenham targets leave