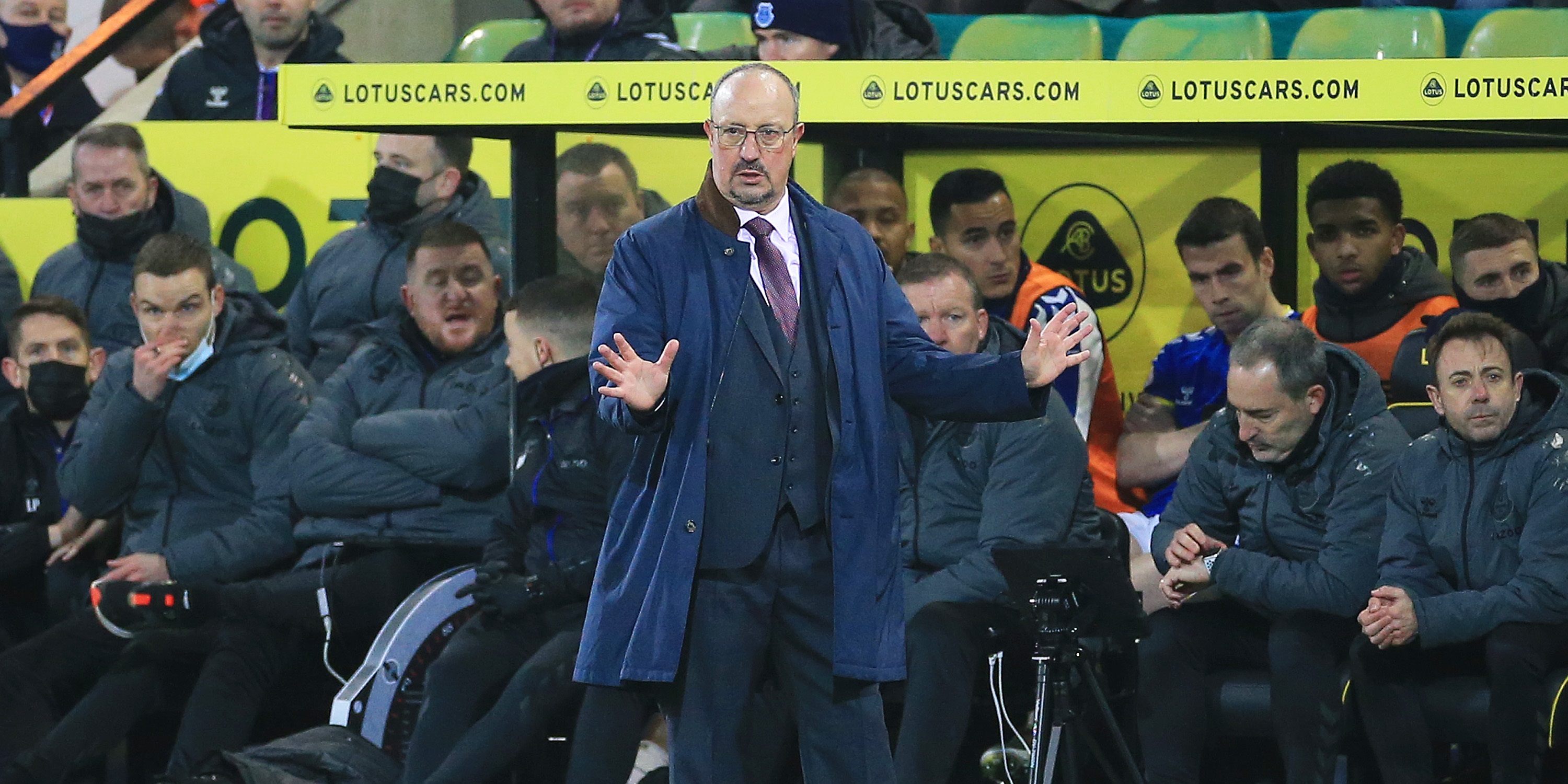 Everton boss Rafa Benitez is reportedly in line to face the sack in the coming days.

This comes courtesy of a tweet from freelance sports journalist Pete O’Rourke, following a poor spate of recent results for the former Liverpool manager.

Everton have sacked Rafa Benitez. Just sorting out compensation. Should be confirmed by Monday at the latest. #EFC

The Toffees have yet to win a league fixture since a 2-1 home victory against Arsenal in December, a sorry run of results that has hardly been helped by their latest defeat to Dean Smith’s men – the Canaries’ first win since late November (over Southampton).

Should the Everton board finally lose patience with the Champions League-winning manager, it would mark their sixth managerial change (not including interim bosses) since 2013; a rate of change hardly suited to sustained success.

Languishing close to the relegation zone in 15th, one could understand such a reactionary measure to a degree if O’Rourke’s claim should come to fruition by Monday, though it’s difficult to imagine the club attracting a similar calibre of manager in light of their ongoing struggles.

#Ep30 of The Red Nets Podcast: One Liverpool starlet could mirror Elliott, rivals fans being ridiculous… and more!

View Empire of The Kop