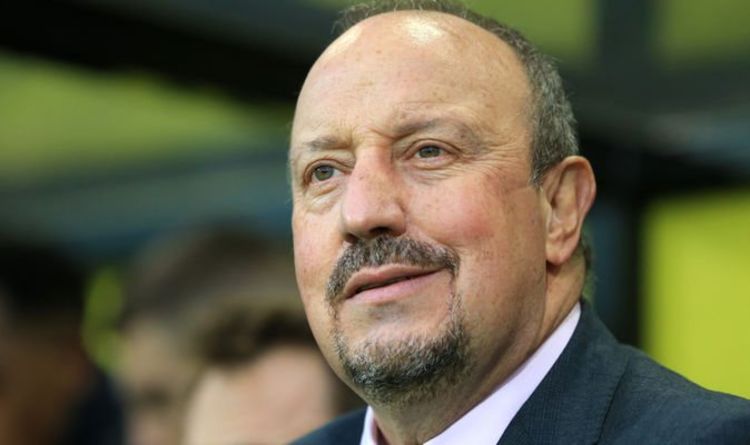 Rafa Benitez's tenure as Everton manager will be brought to an end before their next match against Aston Villa this weekend, say The Athletic. Benitez's six-month reign will end in miserable fashion after a Premier League loss to bottom-of-the-league Norwich, which means the Toffees have lost nine of their last 13 top-flight matches. Express Sport looks at four potential options to replace Benitez, with club legend Duncan Ferguson tipped by 90min to act as interim manager until a more permanent replacement is picked out.

Lampard has been out of a job since leaving Chelsea almost exactly 12 months ago but has been linked with a whole host of Premier League roles, including Everton in the summer before Benitez was appointed.

The 43-year-old did credibly at both Derby County and Chelsea, taking the Rams to the Championship play-off final and then finishing in the top four with the Blues despite a transfer ban.

Despite being axed at Stamford Bridge, Lampard is a young manager with a preference for attack-minded football and also a point to prove in the top flight. Everton may think he has the potential to oversee a long-term project and build a new-look side at Goodison Park.

One of the biggest successes of Lampard's time at Chelsea was the progress made by several academy talents, and there is an abundance of talent in the Everton youth teams who could benefit if he replaced Benitez.

One of the Premier League's most exciting managers outside of the top six clubs, former Ostersund and Swansea head coach Potter has turned Brighton into one of the most entertaining teams in the division.

Potter, 46, has the Seagulls sat ninth in the table at present and only the top three - Manchester City, Chelsea and Liverpool - have lost less matches than Brighton (four).

An astute tactician, Potter's style of possession-based attacking football could help make Everton a more enterprising team, having only recently bested the Toffees at the AMEX Stadium this month.

Of course, the problem with Potter would be convincing him to quit his Brighton job, where he is making constant progress, to oversee the significant rebuild needed at Everton.

Rooney is doing a sublime job at Derby County, who started the Championship season with a 21-point deduction but now have a genuine chance of avoiding demotion to League One.

The ex-Everton captain marked his 12-month anniversary as solo Rams boss with a win over Sheffield United on Saturday and the Pride Park club are just eight points away from safety having won five of their last nine games.

Scouser Rooney would be a gamble despite Derby's current form given he has still only overseen 64 matches as a manager.

The 36-year-old's connections to Everton nonetheless make him a romantic candidate, though perhaps he is unlikely to give up his hard work with Derby before the end of the season.

Another out-of-work manager like Lampard, Fonseca has also been heavily linked with the Everton job and came close to taking the Tottenham position last summer.

The 46-year-old Portuguese coach was at Roma but left in June last year despite reaching the Europa League emo-finals, having previously built up his reputation at Shakhtar Donetsk where he won three successive Ukrainian league titles.

Fonseca, who has nine trophies to his name from his time with Shakhtar, Braga and Porto, has said previously he wants to "build a team who can play attractive and offensive football and I was ready for that".

That would of course appeal to Everton and he is still young, available immediately and a manager who has previously been liked by the Toffees, which make him a strong option.