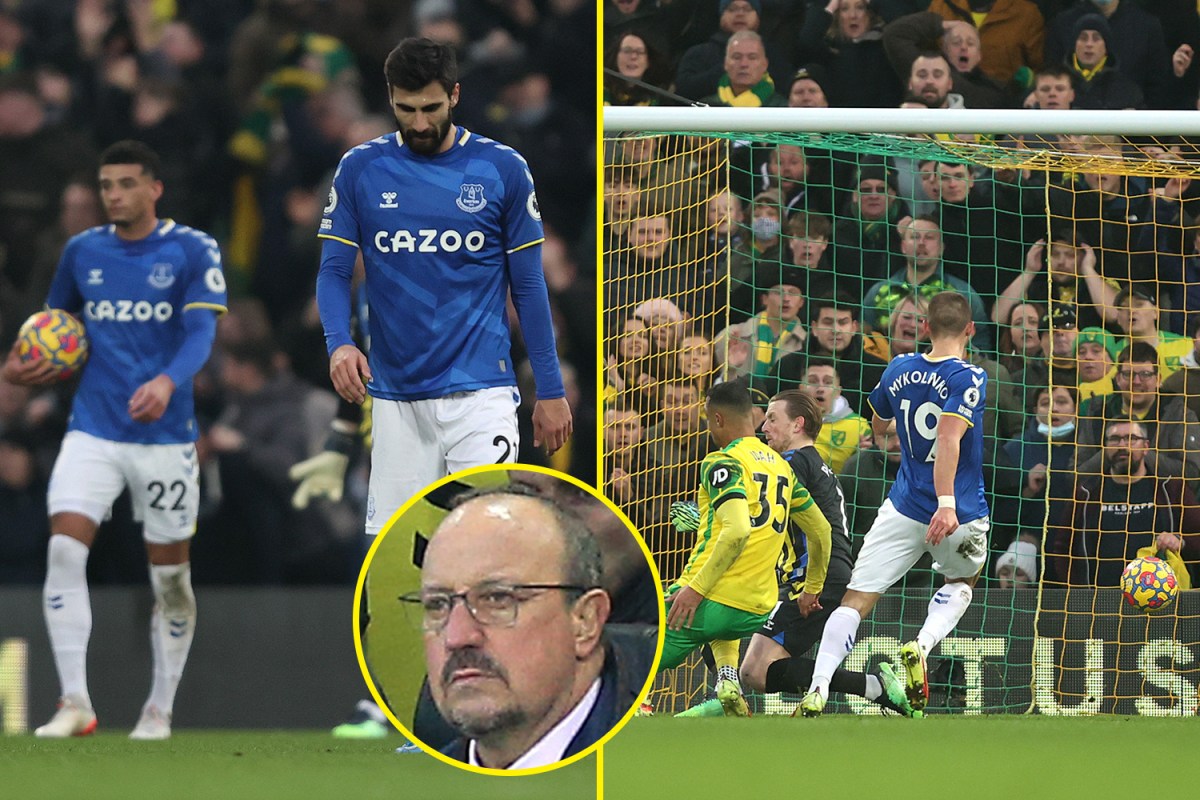 Everton’s shocking 2-1 loss to Norwich has been described as a ‘sackable offence’ with manager Rafael Benitez on the brink of losing his job.

Norwich eased their way to a 2-0 lead in the first 20 minutes of the game with Benitez’ struggling Toffees failing to turn up in the first half.

Benitez looked out of ideas on the touchline

A Richarlison goal on the hour mark cut the deficit, but the Canaries still managed to snap a six-game losing streak pulling Everton to within six points of the relegation zone.

Benitez stunned the world of football when he joined Everton in the summer, making the jump as a Champions League winning manager with fierce rivals Liverpool in an iconic stint between 2004 and 2010.

Many questioned the move at the time, including talkSPORT host Gabby Agbonlahor.

“At the start of the season I was against the appointment,” he said. “I thought it was strange, an ex-Liverpool manager who had done so well with Liverpool coming to Everton, out of all the managers to choose from in the world.

Things started well, but soon dropped off as injuries piled up

“They had a few decent results but I said at that time, once the results start going wrong Benitez will be under pressure, the fans won’t be having him, now the results are really bad the fans are looking for someone to come in and replace him.”

Benitez is far and away the betting favourite to become the next Premier League manager to lose his job, with talkSPORT sources claiming his sacking could come within hours.

And in Agbonlahor’s eyes, that decision couldn’t come soon enough.

“Very, very poor from Everton today, and how long can it go on?” he asked.

One livid Evertonian even barged his way onto the pitch

“Everton need to make a change. Benitez isn’t the man, he isn’t going to take them where they need to go.

“Credit to Norwich as they deserved the win, but if you’re losing to Norwich then I think as a manager you need to be getting the sack.

“Today we’ve seen an Everton fan run on the pitch towards the manager, you don’t survive that – if your fans are that angry.”

As Everton are unexpectedly sucked towards the relegation zone, their defeat against Norwich represents a new low this season.

Dean Smith was the only one smiling at full time

The Toffees were humiliated 4-1 at home to Liverpool on December 1, but Benitez managed to hold on later picking up results against Arsenal and Chelsea.

However, any brief respite is now firmly in the rear view mirror and Everton fans are suffering more than ever due to Benitez’ history with the red half of Merseyside.

“If I’m an Everton fan I’m thinking to myself, is this actually a Liverpool fan as an agent?” Agbonlahor joked.

How could someone so iconic at Liverpool end up at Everton?

It’s not just the results that are bad, the tactics are upsetting fans too

“When I watch Everton play it looks like I’m watching football from 15-20 years ago, long balls, feeding off the second ball.

The result massively boosted Norwich’s survival hopes, lifting Dean Smith’s side from the foot of the table to 18th, and a point from escape.

Could Benitez have even put Everton in a relegation battle?

And despite giving credit for a fine display, Villa legend Agbonlahor believes losing against a team that were bottom of the league is unforgivable, regardless of everything else that’s gone on.

“I watched [Norwich] against Aston Villa at Carrow Road and they were dreadful,” he explained.

“Villa could have beaten them with nine men, so for Everton to go there today and lose I think that’s a sackable offence on its own, forget about all the other results.”