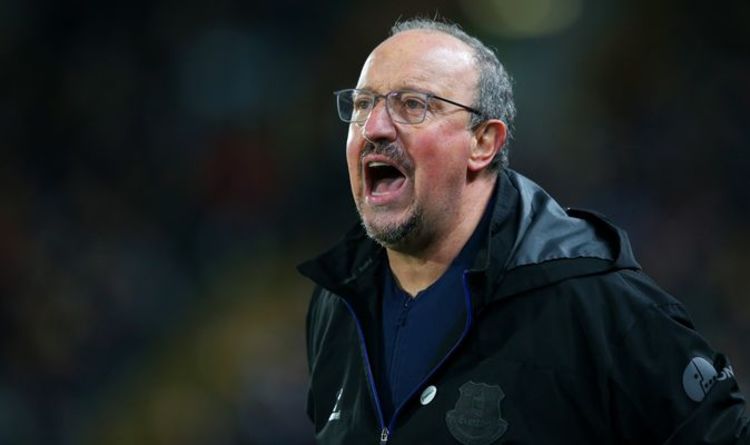 Rafa Benitez has reportedly agreed to leave Everto following a disappointing run of Premier League defeats. The Spaniard has faced calls from angry supporters to leave the Toffees and oversaw a disastrous 2-1 defeat by relegation favourites Norwich on Saturday.

Everton fans arrived at Norwich's Carrow Road with a banner reading: "BENITEZ GET OUT OF OUR CLUB."

Anger then boiled over as Benitez's side extended their poor run to just one win in 13 matches as relegation certainties Norwich recorded a rare win.

Norwich had failed to score in each of their last six league fixtures but were 2-0 ahead inside 19 minutes. A Michael Keane own goal and Adam Idah's first-ever Premier League strike gave Everton the huge task of winning a point.

Richarlison scored in the second half but it was not enough. Everton's players were booed off at full-time as Benitez trudged straight down the tunnel.

Rafa Benitez has 'agreed to leave Everton' according to reports (Image: GETTY)

It was widely reported after full-time that Everton's board were holding an emergency meeting to discuss Benitez's future. The former Real Madrid boss was already a controversial appointment as he is a legendary figure at arch rivals Liverpool.

Everton still cracked ahead with confirming Benitez as their new boss in the summer, replacing Carlo Ancelotti who had departed for Real.

But it seems that the head coach has come to the end of his short reign.

According to 90min, Benitez has agreed to depart following discussions with the Everton board on Saturday evening. The club's hierarchy have apparently lined up former West Ham boss Slaven Bilic as the 61-year-old's replacement.

“Overall, you can see this team react but we have to be more proactive and we cannot be losing games and conceding quickly.

“We have to react and the important thing is the team is reacting and they care and they try but the bad thing is these mistakes are costing us games and points every week.”

Another contender to take the job might be former Everton star Wayne Rooney. The Manchester United icon is has been manager at Derby for the last 12 months but has faced repeated issues at the cash-strapped Championship club.

Rooney has done a miraculous job of guiding the Rams to within eight points of safety despite having 21 points deducted due to their financial issues.