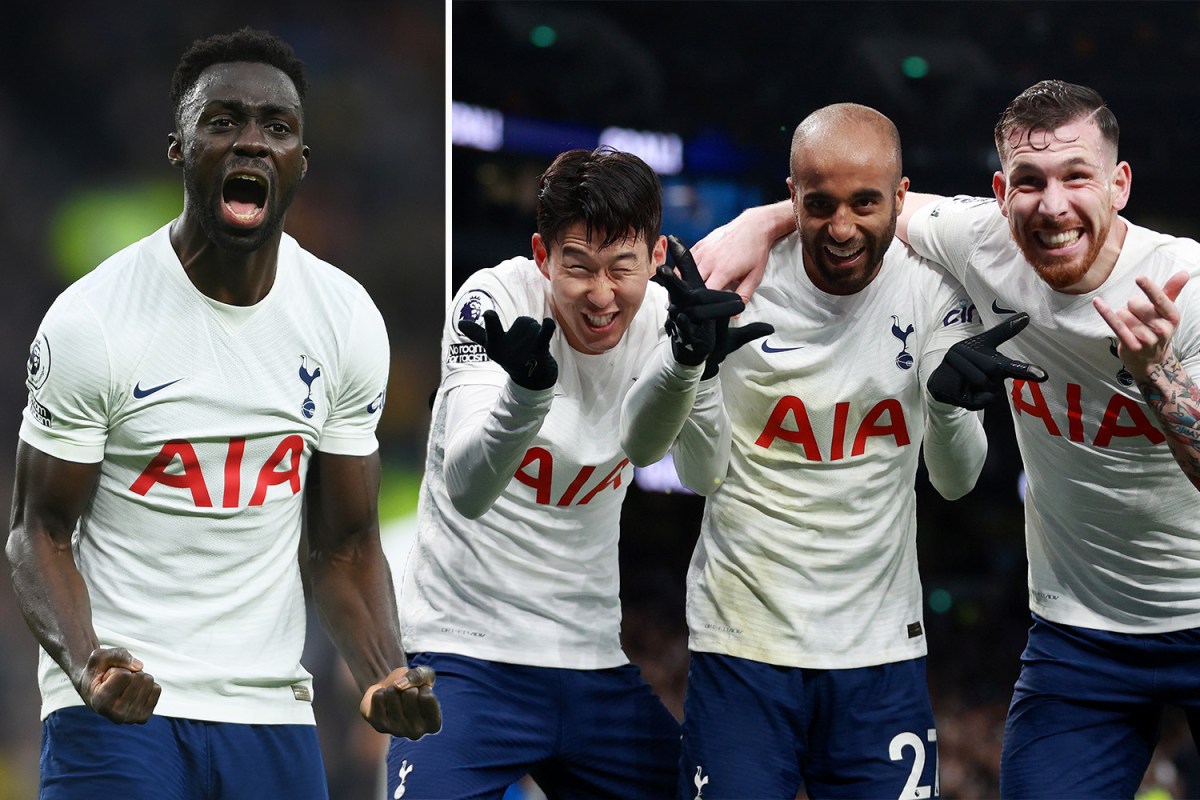 ANTONIO CONTE’s Tottenham revival gathered pace as they racked up their biggest Prem win of the season to push bottom of the table Norwich deeper into trouble.

It took Spurs just ten minutes to stamp their authority on the game when Lucas Moura ended his nine-month Prem goal drought.

Sanchez scored from close range to make it 2-0Credit: Reuters

Son sealed the win for Spurs with their third goalCredit: Getty

The Brazilian star spun past Billy Gilmour before exchanging passes with Heung-Min Son.

And although he was surrounded by five defenders he still found room to fire a thunderous 20-yard effort into the top corner.

It was just the start Conte had been looking for from a team who are now just two points behind fourth-placed West Ham, and with a game in hand.

But if Moura’s long overdue return to the scoresheet was welcome news for Conte, Harry Kane’s continuing struggles remain a concern.

The England skipper could have doubled the lead when Son’s 30th minute shot was deflected into his path.

But Kane seemed to stumble into the ball and could only strike his first-time shot wide of the near post.

An even better chance went begging six minutes before the break when he was played in by Moura’s ball, but he attempted to chip oncoming keeper Tim Krul and missed by a good couple of yards.

And it was not as if Spurs were having it all their own way against a Norwich side who are showing massive signs of improvement under new boss Dean Smith.

The visitors should have been ahead in the third minute when Spurs were opened up down their left flank by Pierre Lees-Melou and Adam Idah.

But with only Hugo Lloris to beat, Teemu Pukki’s shot lacked power and conviction and was easily saved by keeper Hugo Lloris.

Brandon Williams fired miles over when set up with another shooting opportunity by Lees-Melou just before the break.

The defeat left Norwich rooted to the foot of the Prem tableCredit: Reuters

A young Spurs fan holds up a sign asking for Son's shirtCredit: Getty

It was Spurs' third Prem win on the bounce under Conte but new Norwich boss Smith has work to do to get them out of relegation troubleCredit: EPA

And the visitors knew it was not going to be their day when Idah missed an absolute sitter from two yards out after being teed up by Pukki on the hour.

But it was not until the 67th minute that their fate was well and truly sealed when Son’s corner was flicked on by Ben Davies for Davinson Sanchez to lash home from close range.

And Son twisted the knife 12 minutes from time when he held off the challenge of Ben Gibson to make sure of the points.