Report: Spurs move up into fifth with 3-0 win over Norwich
Spurs Web 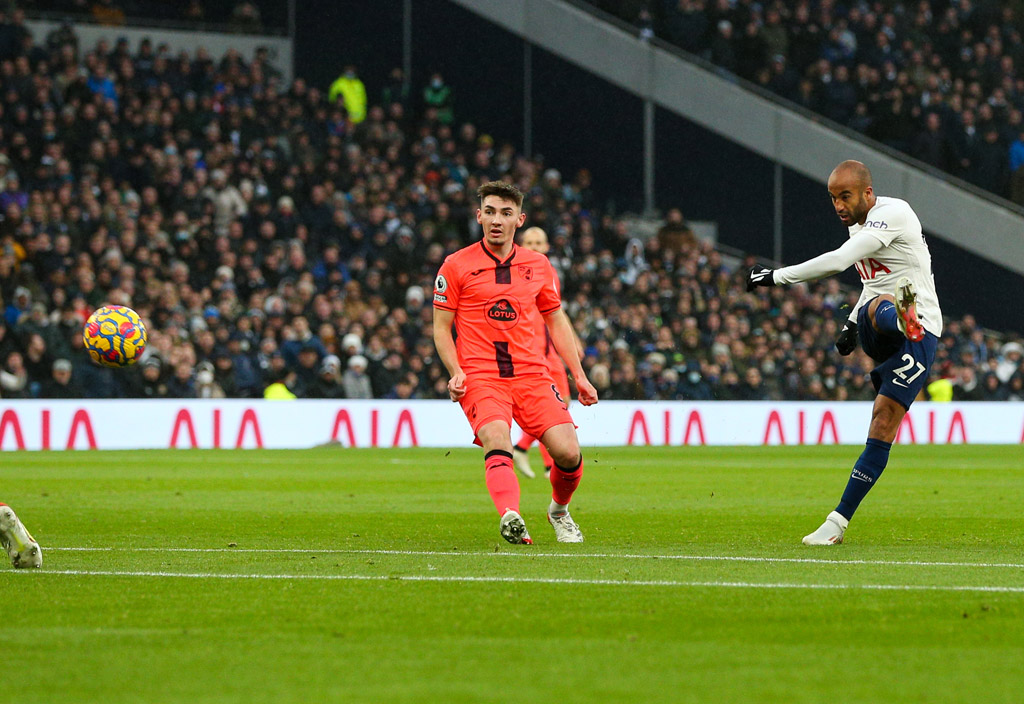 Tottenham Hotspur made it three Premier League wins in a row and four unbeaten under Antonio Conte this afternoon, putting three past Norwich without reply.

Spurs were hardly lightning fast out the traps, but the game was set alight by a moment of magic from Lucas Moura.

The Brazilian received the ball into feet and flicked it around the corner to beat one Norwich defender, before collecting his own pass. He then played a one-two with Heung-min Son, before shifting it past another Canaries player and slamming it home into the top corner from outside the box.

If the Tottenham faithful were feeling quiet and subdued on a cold Sunday December afternoon, that goal proved to be an extra log in the fire.

However, while the Tottenham Hotspur Stadium would have been hoping to see Conte’s Lilywhites kick on and push for a second, Norwich soon took control of possession.

In truth, Spurs seemed happy for them to have the ball, backing their own ability to defend and then create opportunities in transition.

This turned out to be the case, as half-chances fell to the likes of Kane and Son before the half-time whistle. However, Norwich also carved decent opportunities of their own.

All in all, only the lack of a second goal and Sergio Reguilon’s injury could be picked out as poor points from the first 45 for Spurs.

No changes at half-time for Conte and a shift from third to fourth gear saw Spurs take control again.

More half-chances for Kane came and went, while Ryan Sessegnon saw a lot of joy at left-wing-back before Spurs won an important corner.

Heung-min Son delivered a near-post cross with pace, only for Ben Davies to flick it on and Davinson Sanchez to hammer home a rare yet well-taken goal.

Shortly later and the Welshman was at it again, this time assisting Son with some lovely underlapped attacking down the left. The South Korean finished clinically to put the game beyond Norwich, while treating Tom Holland to another Spiderman celebration.

Lots to be positive about but still much for the Italian to work on in North London. However, with Spurs two points off fourth with a game in hand, he will surely be happy with the start to his life in N17.

Fancy seeing the team live in action at the new and incredible Tottenham Hotspur Stadium? Why not take your luxury seat in East Premium Level 2 and join the other 62,000 supporters with Sportsbreaks.com?

To find out more about Sportbreaks.com’s Match Breaks packages, or to book a package now, visit SPORTBREAKS HERE.