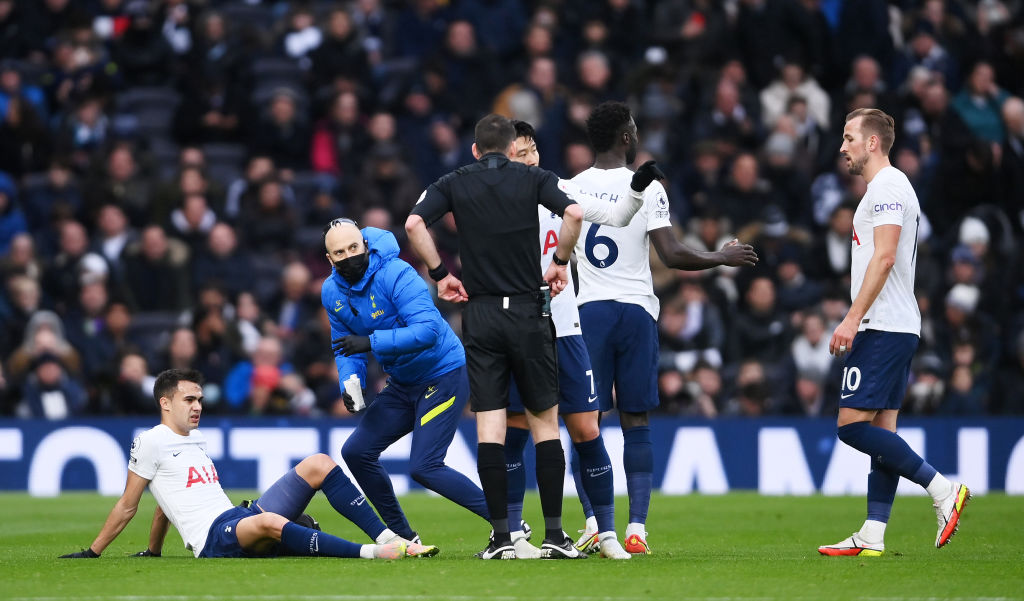 Tottenham have a chance to gain some huge ground in the Premier League this afternoon against Norwich City, however, the north London face a problem with Sergio Reguilon, who came off with an injury.

As reported by Football London, the Spanish defender was forced off just 23 minutes into the first half. Ryan Sessegnon, who was sent off in the UEFA Europa Conference League last month, came on to replace Reguilon, who hobbled off the pitch.

The fullback pulled up with what looked like a suspect muscle injury. Given that the festive schedule is well underway in the Premier League, this is the last thing Antonio Conte’s side need heading into Christmas.

Indeed, wing-backs are crucial to the Italian’s system. And Reguilon has been a huge winner for Spurs since Conte’s arrival, however, this injury could cause some problems.

Conte could be forced to change up the system given the lack of experienced depth in that position of the pitch. And with some big games coming up, Reguilon’s absence could be massive for Tottenham.

The former Real Madrid star has been impressive in recent weeks, with the defender scoring his first goal for the club just two weeks ago in a big 2-1 win against Leeds United.

As you can expect, this injury to Reguilon saw mass reaction on social media, with Tottenham fans fuming that the Spaniard could miss the upcoming games if his problem proves to be a serious one.

We are cursed. Anything positive that happens we always get screwed over

We’ve lost then. Sessegnon is garbage

In other news, 'Better than Alli and Tanguy': Some Spurs fans blown away by 18-year-old Academy gem