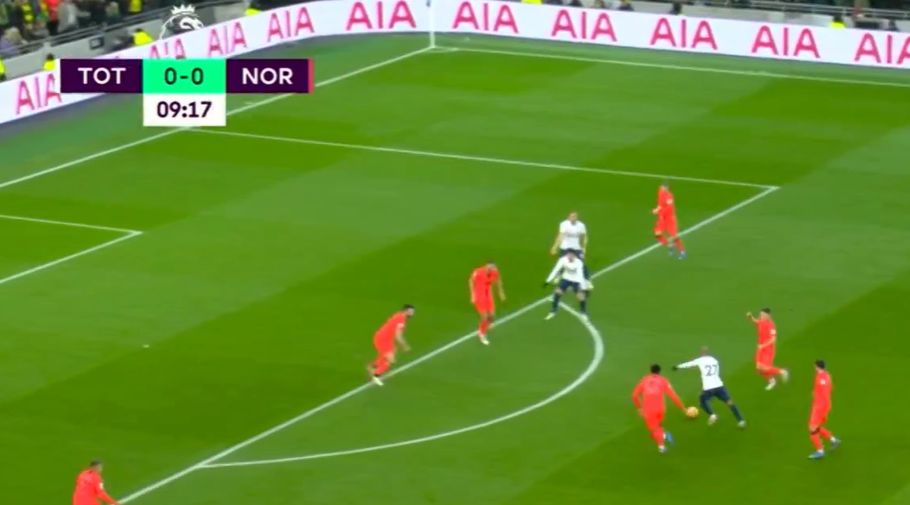 Lucas Moura has opened the scoring for Tottenham with an absolute rocket of a strike from just outside the box.

The Brazilian isn’t always the most consistent performer for Spurs, but he is capable of moments of magic like this…

Lucas did brilliantly in the build-up as well, with Spurs passing the ball with more intent now under new manager Antonio Conte.