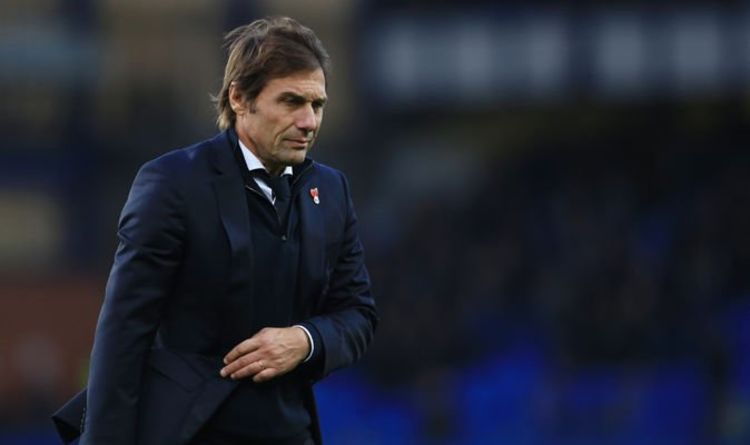 Tottenham host Norwich in the Premier League on Sunday afternoon in search of a third consecutive Premier League victory. Spurs won their first three top-flight games of the season before the wheels came off in the autumn.

Antonio Conte took charge of the north Londoners last month and the team appear to be back on track after claiming seven points from their last three games.

And the Italian boss could stick with the same XI which defeated Brentford 2-0 at Tottenham Hotspur Stadium on Thursday night.

Express Sport takes a look at how Conte could line-up against the Canaries.

The France international’s contract at Spurs comes to an end next summer and rumours have been rife about his future.

But the keeper has been in decent form this season and will once again need to perform when called upon against Norwich.

Conte has certainly shored up the Spurs defence since he took over and has played with three defenders in the last two games.

The former Chelsea boss could stick with Davinson Sanchez, Eric Dier and Ben Davies in his backline against the Premier League’s lowest scorers.

Norwich have only found the back of the net eight times this season and Spurs will be confident of another shutout in this one.

Lucas Moura has looked threatening at times and contributed an important assist as his side came from behind to beat Leeds last month.

Son Heung-min has been Tottenham’s best attacking player this season and, if it weren’t for his five Premier League strikes this term, the team could be struggling in mid-table.

The duo will flank main man Harry Kane, who will be under pressure to end his awful run of form.

Kane has found the back of the net just once in the top-flight this season and looks a shadow of his former self.

Conte will hope the England captain can rediscover his scoring touch against lowly Norwich, who have the second-worst defence in the league.