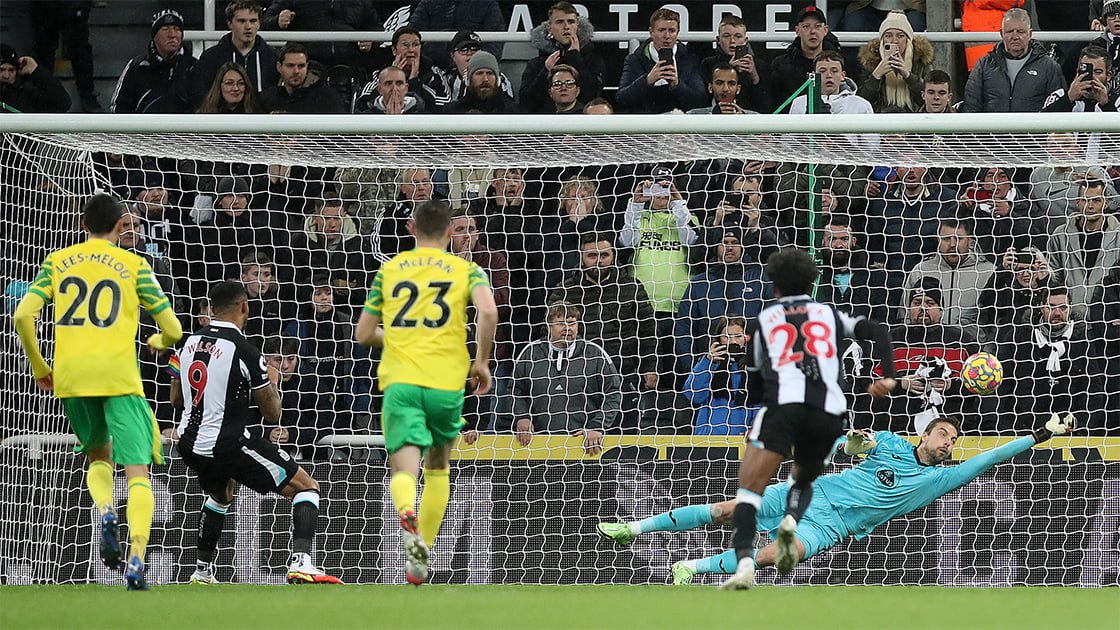 Ahead of each match we ask one of our writers to come up with 3 positives and 3 negatives following the game.

This time it is Davey Hat-Trick who has the job…

When things go against you, you need people to stand up and show what they are made of.

Too often in the recent past, that fighting spirit has been in woefully short supply at Newcastle United. Not last night. The sending off – which could have been the trigger for the team to feel sorry for themselves – seemed to have the opposite effect. Everyone grafted as if their lives depended on it, and I can’t fault anyone for effort.

Pick of the bunch for me, unlikely as it sounds, was Joelinton, with notable performances from Lewis and Fernandez, both of whom found themselves back in the side after long absences.

If we are to stand any chance of survival this season, we need to see this level of commitment from now until the end of the season. It lifted the crowd…

…talking of which, SJP was loud – very loud at times – and gave the team vociferous backing.

If you subscribe to the view that the crowd can be the 12th man (or 11th in this case), then last night was your proof.

The odds were stacked against us when Clark was given his marching orders, but the 10 men rallied the supporters, and the supporters – I think – rallied the team. I did hear a few boos at full-time but I have no idea what they were whinging about.

You can’t look at the results since our new owners and management team took over and see any evidence of an upswing in our fortunes. We are rock bottom of the Premier League and we haven’t won a game all season. Home draws against Brentford and Norwich suggest a season in the Championship awaits. Yet…

…I sense that things are getting better. The team look fitter and better-drilled. The atmosphere around town is more positive of late, and our new owners seem to be saying and doing the right things.

If we do get relegated, I suspect everyone will take it on the chin and understand the damage was done years before the current regime were in place. Despite our position, I’m quite optimistic about our future.

Whenever a Newcastle player gets sent off, at least one of my mates will look for a reason why it shouldn’t have happened.

However, when Ciaran Clark dragged Pukki back last night, everyone in my group groaned “red card” straight away. It wasn’t a mistimed tackle, he didn’t get a bit of the ball, and no one could argue he wasn’t the last man. It was a stupid, stupid thing to do, and about as blatant a red card as you will see.

Had it happened in the 85th minute, I mightn’t have minded so much, but it left us with 80+ minutes to navigate with 10 men.

The silver lining on that cloud was that it precipitated the introduction of Fede Fernandez, who I’d always have in my starting line-up. He had a very good game.

Everyone I know was in agreement that six points from the games against Norwich and Burnley were essential for our Premier League survival.

However, despite the drive and desire the team showed last night, we still ended up with a solitary point from a home game against the second-worst team in the division. Norwich will be the happier club.

We’re running out of road

Newcastle United are sliding down a hill that leads to a cliff edge.

They have been all season, and for a while before that, in truth.

We can see that a lot of work is going into reversing the downward momentum, but it’s proving hard.

Even if we accumulate some unexpected points before January, and even if we revamp the squad in the transfer window, and even if new signings demonstrably improve performances – big ifs – we may just run out of road.