Two schools of thought amongst Newcastle United fans...
The Mag 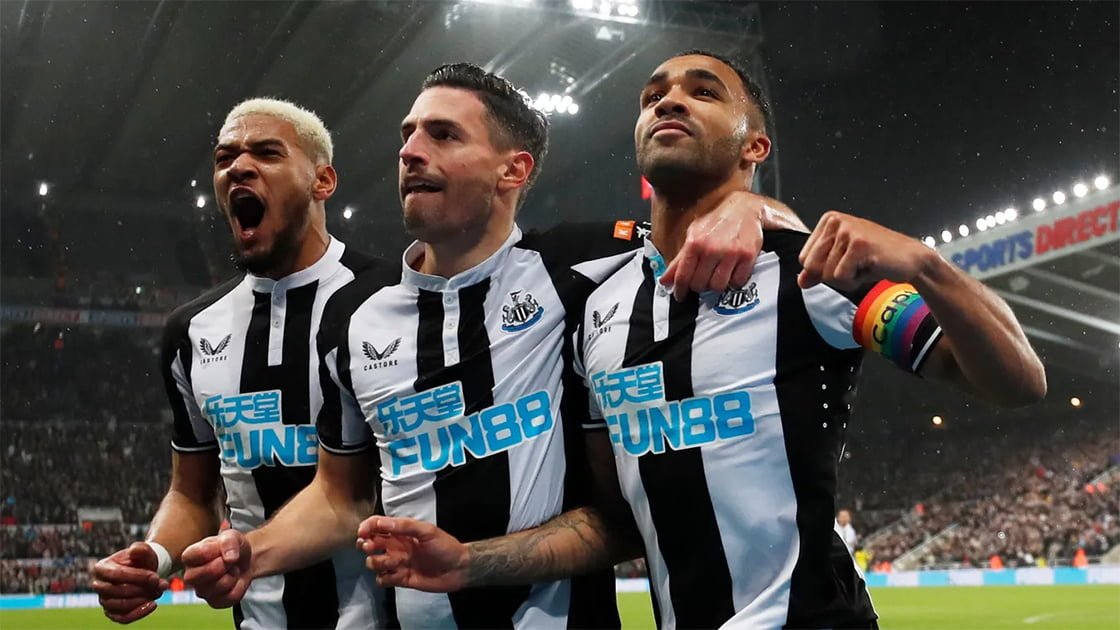 We’ve seen a few of them down the years: European nights, cup finals, top four slobberknockers, high stakes derbies and, in the past decade and a half in particular, many of these type of Big Games…

Games against unglamorous, struggling Premier League nearly teams, slugging it out at the bottom in a bona fide relegation six pointer.

Heading into this, I’d say there were two schools of thought amongst Newcastle United fans.

Group number one, disillusioned by the failure of a new owner/manager bounce to emerge thus far, are growing resigned to relegation, assessing the roadmap for navigating our way from the Championship to the upper echelons of the Premier League and having to wait that extra year or two for the richest club in the world effect.

Group two are probably slightly more optimistic. To be fair, if you went into the late five games of the season with a six point gap, you wouldn’t write your chances off. Going into the last 25 should definitely not be white flag time. With high hopes for January transfer reinforcements there is a fair bit of road between here and May.

However, the failure to click of our woeful defence in particular has dampened hopes we can stay in touch, to the extent that the January cavalry sees this as anything other than a bad career move.

Whatever your long view, I think there was one common denominator between groups: beating Norwich tonight was essential to kick starting any hope of salvaging this season. Not just because it’s probably our most winnable fixture of the season, or to catch a jump on a relegation rival, but to get that monkey off the back of the 0 wins before we head into December (December FFS!)

With another Must Win against Burnley around the corner, this was just huge. Immense. Nerve shreddingly important. The players that had underperformed so badly so far needed to step up. Now.

The selection of a solid 4-4-2 was to most people’s liking and definitely seemed to do the job as United fizzed at the visitors from the off. Fraser and Joelinton looked lively on either flank which released ASM for a free role behind captain Wilson. This was probably the side most fans would have wanted, with the exception of Fernandez missing out in favour of Clark…

This spot of mis-selection was amended within ten minutes in disastrous fashion. When we look back on this season, it’s highly likely that Clark’s poor clearance and subsequent rush of blood will be a pivotal moment where things became irretrievable. With Pukki steaming away, but still a reasonable distance from goal, Clark committed the old ‘professional foul’, hauling the Finn down cynically and seeing an immediate red card. So 81 minutes with ten men, that’s that ruined then.

I have to say the game management was excellent from here. Fraser was sacrificed for Fernandez, who surely proved himself a certain starter with a commanding performance alongside Schar. United took the sting out of the game and steered their way to half time scoreless, although Joelinton’s vicious late effort that flew narrowly over the bar would have been a very welcome addition. The second half looked daunting but Norwich had to come out and win this against ten men and the opportunity to sucker punch them would be there.

It seemed like it was going to be another refereeing sh.t show, where Dermot Gallagher appears on TV in the coming days to point out how utterly robbed Newcastle were by a hapless, crooked incompetent, only for absolutely no one to redress the points lost as a result. Joelinton seemed to be taken out in the box. He was livid but the ref was having none of it. On the hour mark Shelvey’s corner was handled by Billy Gilmour and the whole Newcastle team was livid. The ref was having none of it, but at least invoked the VAR, who swiftly told him to come to the pitch side camera to avoid making a fool of himself. As soon as they go to that camera you know it’s a pen. Tense.

Our old mate Tim Krul has a routine of being a workie ticket before facing any penalty and he performed these antics with aplomb, disrupting Wilson enough, Krul got a hand to his imperfect strike, but there was enough power on it to take it in. Absolute bedlam.

The game management continued with what I thought were well timed substitutions. Hayden on 70 minutes to add steel to the rearguard effort. Almiron on 77 to add legs to the counter attack as Norwich desperately pressed. Just ten minutes to navigate to a famous win, then it imploded.

Winning this with ten men would have been so heroic it could only have fired this season in the right direction. The damage that Timo Pukki’s equaliser has done will not be known for a while, but I think we can make a pretty good guess. Dubravka was excellent all night, but his startled flapping at a fairly innocuous cross proved damning, as it was swiftly returned to Pukki at the back post, who smacked in a volley that lands in the stand 99 times out of a hundred.

The atmosphere was deathly, as it was clear United had nothing left to push for an unlikely winner, with Norwich being the ones who almost nicked it as Dubravka atoned to a degree for his error by blocking Lees-Melou’s injury time effort.

The crowd had been excellent all night but boos at full time were disgraceful. I’ve heard noise that they were directed at the referee, who maybe gave Norwich slightly more than us, but was hardly the villain of the piece to the extent that it should have dominated emotion. Those left on the pitch gave a fine showing, with Shelvey and the outstanding Joelinton unrecognisable from the infuriating passengers they were under Bruce.

I have little doubt that we would have won with eleven men, even if Clark had allowed Pukki through to score. However, this costly act leaves us with a point that is of no use, especially as Leeds’ injury time winner left the gap at six points. It’s fair to say we have to beat Burnley on Saturday, but it’s becoming more of a case of sparing the humiliation of reaching Christmas without a win, rather than any galvanised belief of climbing out of the bottom three.

The damage that has already been done by the hangover of the previous regime looks set to be exacerbated by a Christmas fixture list that could see that six point gap grow to an impossible chasm. I’d expect it to be double figures by the time we break for the FA Cup and, as Howe himself pointed out, this could have a major impact on the possibility of reinforcing this under equipped squad.

Personally, I see two options: either invest heavily in loans or short-term deals with the commitment-free mission to save our season, or face reality and look to buy players suited to the Championship. Results between now and new year will determine which.

I saw a fair amount of online abuse directed at the journalist Miguel Delaney, a regular opponent of Saudi control, for his suggestion that most other football fans will want Newcastle to go down. I’m afraid he’s probably right, whether that’s borne out of fear of the threat we may become, dislike of our owners, or plain old schadenfreude, this relegation will be a hard one to swallow as our suffering causes widespread glee amongst the laughing jackasses, not least our neighbours who seem on course to finally get their wish of a Championship derby next year.

Fair play to all involved in a solid rearguard effort, but unfortunately, it was not enough. The first death knell sounded tonight. Ashley’s legacy, eh?

I had a bit of a chat with the excellent fellows at www.sporticos.com about our relegation chances (amongst many other, less depressing elements of supporting NUFC) prior to this game. Get it in your ears at your podcast place of choice, or through the link.