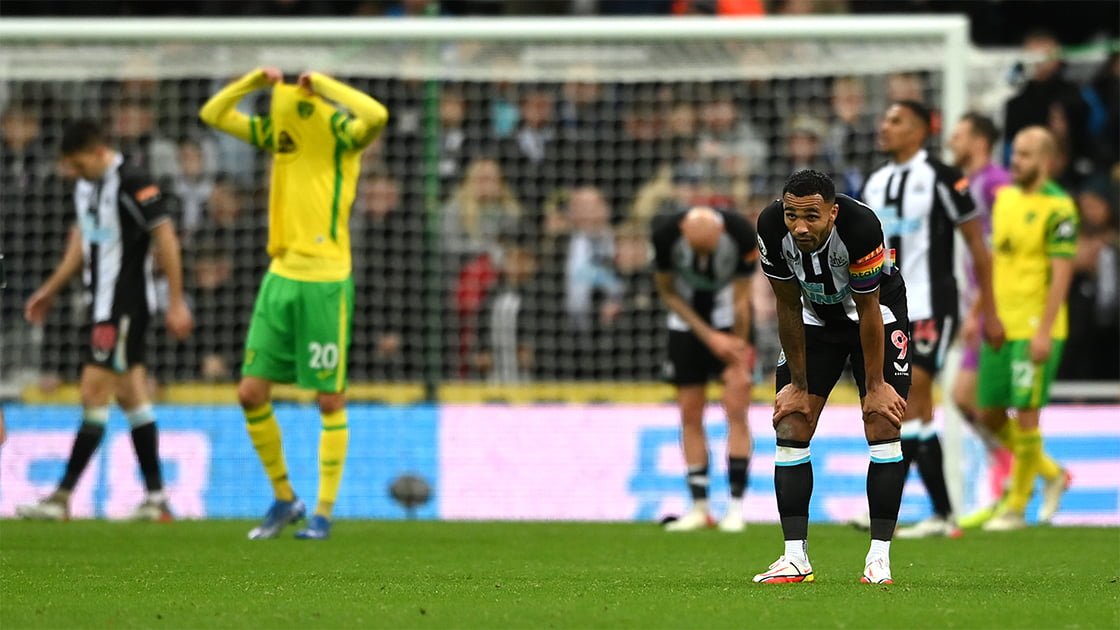 See both goals in an eventful match that threw up plenty of talking points.

Including, pivotal decisions at both ends of the pitch by match officials.

Referee Andy Madley had no hesitation when giving Ciaran Clark his marching orders after only nine minutes.

Though no such swift decision was forthcoming when Norwich conceded what should have been an instantly awarded penalty.

Instead we had to seemingly rely on the Newcastle players refusing to restart the match with the corner the referee had awarded, to trigger a proper VAR review…unlike the three claims for NUFC penalties at Arsenal which the VAR official appeared to dismiss in as many (three) seconds.

This time there was no escape for either the on-pitch referee or VAR official, once they were forced to look at the incident there could only be one outcome as the ball struck the outstretched arm of the Norwich defender.

As for the Norwich equaliser, should Martin Dubravka have done better?

For me, he probably couldn’t catch it and should have punched the cross away, rather than clawing it to the side. I think a mistake but not a shocker, though one that was harshly punished by Pukki’s brilliant finish.

Dubravka can be more than excused that mistake for me as he was excellent throughout, summed up when he deflected a one on one over the bar in the final moments of the match. Fabian Schar, another one who had been excellent, maybe fatigue leading him to take the wrong decision of trying to dribble past his man on our right side and losing possession, leading to that late chance.

Just listen to the support for the team ringing out around St James Park, only for Ciaran Clark to do what he did,