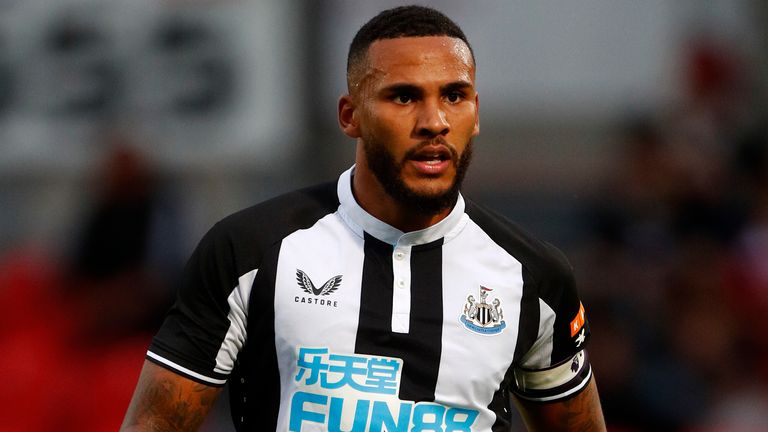 Team news, stats and prediction ahead of Newcastle vs Norwich in the Premier League on Tuesday; kick-off 7.30pm.

Newcastle boss Eddie Howe says he has 'half an eye' on the January window but insists his main focus is on working with the players currently at his disposal.

Skipper Lascelles and wing-back Ritchie both picked up fifth yellow cards of the season in Saturday's 2-0 defeat at Arsenal and must sit out as a result.

Striker Dwight Gayle, who missed the trip to the Emirates Stadium with a hamstring problem, could return, leaving only defender Paul Dummett (calf) on the sidelines.

Norwich will be without defensive midfielder Mathias Normann, who was forced off against Wolves on Saturday with a pelvis problem and is set to see a specialist over the long-standing issue.

Norwich boss Dean Smith says he is full of respect for Newcastle head coach Eddie Howe as the teams prepare to meet on Tuesday.

Lukas Rupp came on to replace Normann, so could start, while Frenchman Pierre Lees-Melou is also pressing for a recall.

Turkish defender Ozan Kabak has been in full first-team training again following illness, while Christoph Zimmermann (ankle) continues his recovery and full-back Sam Byram (hamstring) is expected to feature for the under-23s on Monday night.

Follow Newcastle vs Norwich in our dedicated live match blog. Highlights will also be published on the Sky Sports digital platforms and the Sky Sports Football YouTube channel after full-time.

FREE TO WATCH: Highlights from Arsenal's win against Newcastle

FREE TO WATCH: Highlights from the 0-0 draw between Norwich and Wolves