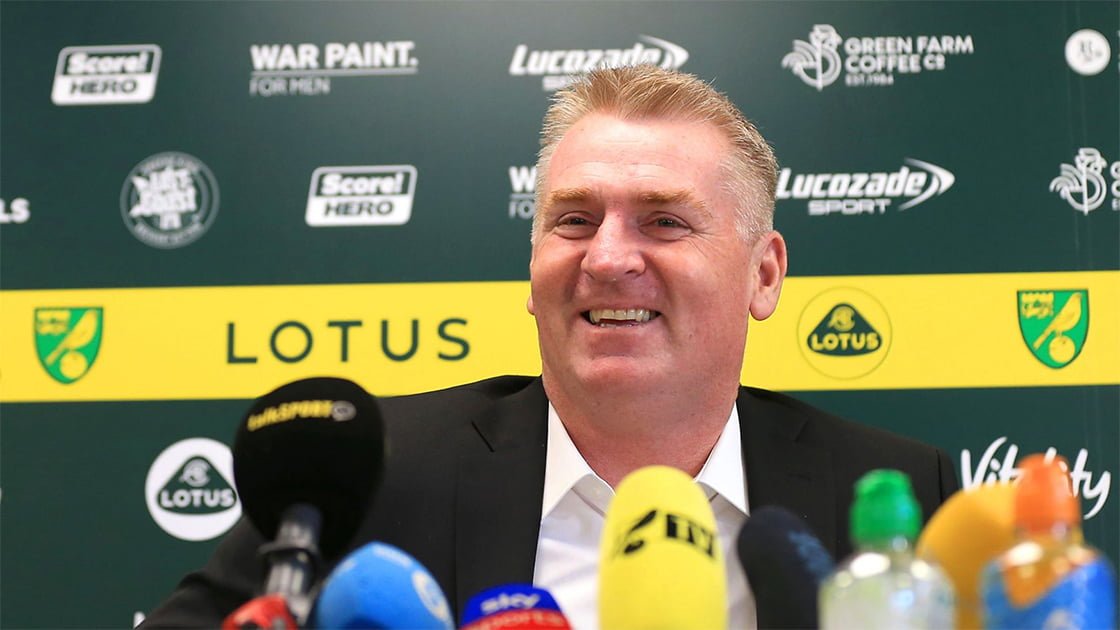 Dean Smith has already faced and beaten Newcastle United once this season.

Though the circumstances couldn’t have changed more in the three months since.

It was back in August 2021 when Dean Smith and Aston Villa cruised to an easy 2-0 win over a Newcastle side where Steve Bruce employed his trademark ultra negative set up, United only having one effort on target in the entire match.

The new Norwich boss has started his reign with a 2-1 home win over Southampton and a goalless draw at Carrow Road against Wolves.

The visiting manager picking out ASM and Callum Wilson as dangers, plus the Newcastle United fans, who Dean Smith says his team have to keep them quiet…

“Players can feel the anxiety from the supporters.

“Any mistake or misplaced ball – there can be a deep breath within the stadium – so we have to go and force those mistakes.

“If we quiet the crowd down, it shows that our performance levels are there.

“We’re going to a team who have got a new manager in Eddie [Howe], who I’ve got so much respect for, and it’s going to be a tough place to go because they’ve got a real partisan crowd there and we have to quieten them down.

“Sticking to our principles is the main thing, to keep playing the way we have done with really good performance levels. Our physical stats have been excellent since I’ve been here so we know we’re a match for anyone fitness-wise.

“It’s only as big as the last game was against Wolves.

“If we hadn’t got four points from the last two games, we’d be beneath Newcastle in the table, but we take each game as it comes. I know it’s an old cliche but unfortunately that’s what we’ve got to use at the moment.

“We’re looking forward to it. It’s a challenge, but it’s an opportunity.

“He was the trailblazer for young English managers when he got Bournemouth into the Premier League. He’s someone we can all look up to. I’ve had some good challenges against his sides.

“They’ve got some really good ball carriers in Saint-Maximin, as well as players like Callum Wilson who can get in behind and score goals, so we have to be aware of that threat.

“Very rarely do they go a couple of games without scoring.

“They didn’t score against Arsenal, but have been free scorers throughout the season, but have conceded a lot as well so they’ll be looking to find that balance.

“We want to go there and be tough to beat first and foremost, making sure that we don’t give big chances away. They’ve got players who can create, but we’ve got an attacking flair and good footballers who can keep possession.

“If they want to build, it will give us the opportunity to win the ball back in their half. If they want to go a bit longer, we’ll have to defend a bit deeper. They’ve played a couple of different systems already.

“They’ve got some continuity because Graeme Jones is still there.

“We’ve watched them and I’ve played against them this season with Aston Villa.

“We know their players and there’s not a lot that can get lost with the coverage of the Premier League.”