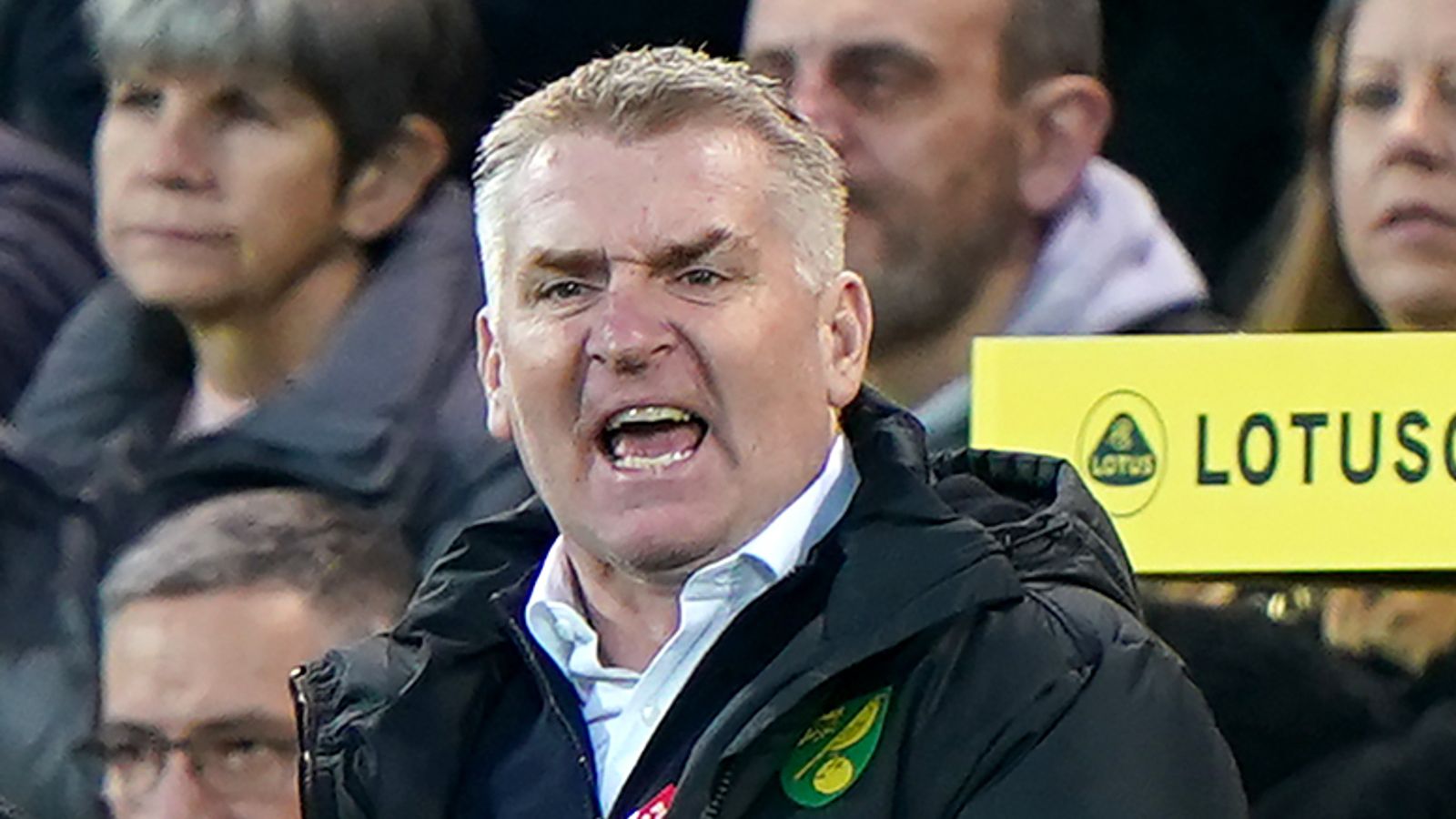 Norwich head coach Dean Smith has warned that no club should expect to buy their way out of the relegation zone in January.

The Canaries sit 19th and travel to bottom side Newcastle on Tuesday night, where victory could see them close in on the sides above them and boost their own survival hopes.

Following Newcastle's takeover from a consortium led by Saudi Arabia's Public Investment Fund, it is expected head coach Eddie Howe will be given plenty of funds to strengthen the squad when the transfer window opens again.

However, just that investment alone was not able to immediately push Villa up towards the European places, with Smith eventually dismissed last month on the back of five straight Premier League defeats before making a swift return to the dugout at Carrow Road.

FREE TO WATCH: Highlights from the 0-0 draw between Norwich and Wolves in the Premier League

Smith - who replaced Daniel Farke and has picked up four points from his opening two matches in charge - knows there can be no quick fix in the search for success at either end of the table.

"It is always difficult to think you can buy your way out of any position or into any position," said Smith.

"Certainly if they are not British-based players or tasted the Premier League before, there is a newness about everything.

"The Premier League as we all know is a very talented league and every club gives you a challenge, so it is very difficult to buy a place in the top six or out of the bottom three."

Smith, though, accepts Newcastle will have the financial muscle to push through deals which might not be possible for other clubs.

"January has always been a difficult window for any team," he said.

"Prices are over-inflated - but that probably doesn't matter to Newcastle if they have the riches we are told they have got.

"They have got to have a good plan because although people are already talking about what they are going to do, they have six or seven games before that and will need to fire up the players who are already there."

Smith is not expecting Norwich to need major additions in January, aiming to get the best out of what he already has.

"Myself and (assistant head coach) Craig Shakespeare have been very impressed with the balance to the squad and the quality as well," said Smith.

"It gives us that renewed belief that we can keep the club in the Premier League."

Image: Smith is unbeaten in his two matches in charge of Norwich

Norwich created enough chances against Wolves on Saturday to make it back-to-back home wins under Smith, but in the end had to settle for a point after an entertaining goalless draw.

Smith hopes Norwich can help prevent Newcastle's own 'new manager bounce' as Howe gets set for his first home game in the dugout.

"There is a lot more belief within the group now that they belong in the Premier League," said Smith, who is without defensive midfielder Mathias Normann because of a pelvis problem.

"But we also know the threats that Newcastle have got, so they will be looking to find that balance as well."