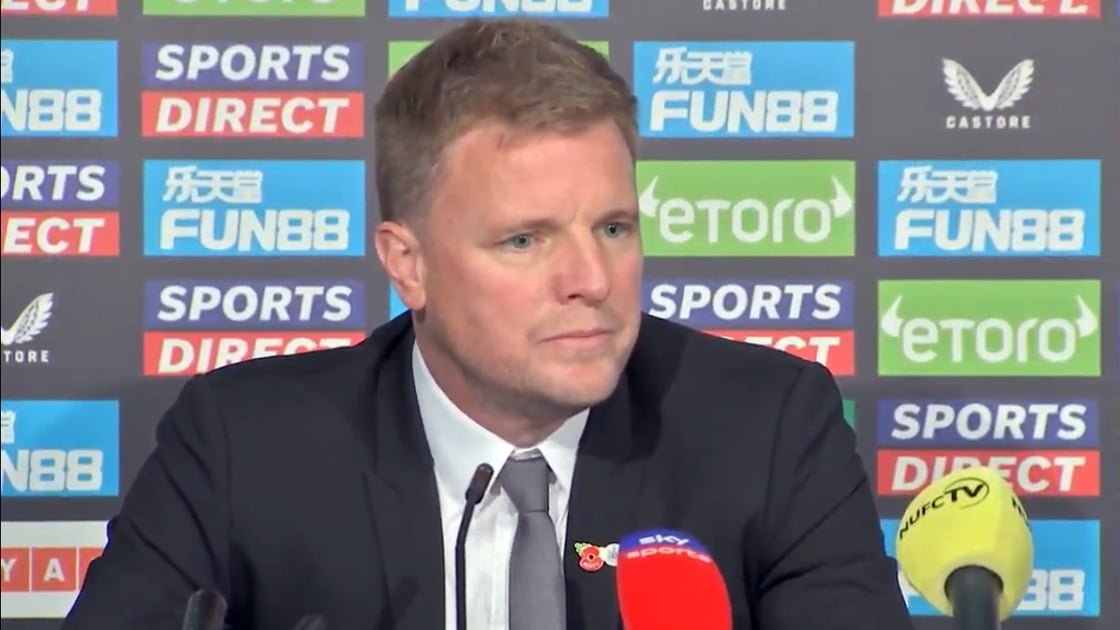 Eddie Howe celebrates his 44th birthday today and has taken his Newcastle United pre-match press conference ahead of Norwich.

The NUFC Head Coach speaking to journalists ahead of the Norwich match, hoping his birthday celebrations will continue at least until late into Tuesday night.

Eddie Howe had to let assistant Jason Tindall do the pre-Arsenal one due to a positive covid test, however, after then testing negative on Friday, the Head Coach was back on the touchline at the Emirates.

As he prepares to take charge of his first NUFC game at St James Park, Eddie Howe gave an update on the availability of players.

In total, three Newcastle players are definitely ruled out.

Paul Dummett still out injured, whilst Jamaal Lascelles and Matt Ritchie are serving one match suspensions after picking up their fifth yellow cards of the season against Arsenal.

However, Eddie Howe says that he expects Dwight Gayle to be back available after a hamstring worry kept him out of the squad at Arsenal. The good news is that Eddie Howe doesn’t think there are any new injury problems after Saturday’s match.

Eddie Howe talking to the media about the injury / fitness situation ahead of Tuesday night’s match against Norwich City – 29 November 2021:

“We have the two suspensions [Lascelles and Ritchie].

“They’re going to be big misses for us with the experience they have but I don’t think there are any fresh injuries from Saturday.”

“I would say that the task [at Newcastle United] is in line with what I thought it was.

“Huge challenge ahead, no doubt about that.

“However, I have been boosted by the players, their reaction to us, their demeanour.

“The players are hurting.

“They are proud professionals and they want to win.

“I loved coming to St James Park as an opposition manager, so to have the home supporters with us will be an experience.”

“Covid hit me physically, there is no doubt about that, but I feel a lot better now.”

“At the time it was devastating for me.

“The timing couldn’t have been worse in terms of everything we had planned and prepared [for the Brentford match].”

“There were positives even in defeat, though we know we can’t keep saying that and we have to turn these small margins that are costing us games the other way.”