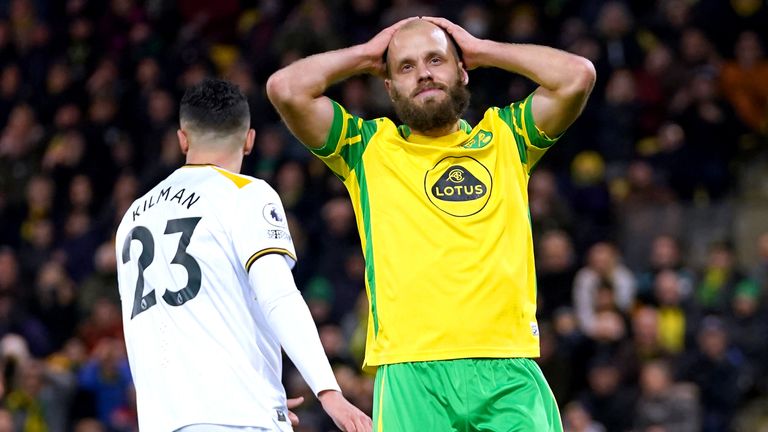 Dean Smith's unbeaten start as Norwich boss continued as his side held Wolves to a 0-0 draw at Carrow Road.

It could have been so much more for the hosts, however, who saw glorious chances to secure a third straight Premier League win go begging when Wolves keeper Jose Sa denied both Teemu Pukki and Lukas Rupp with late saves.

Wolves saw plenty of the ball throughout the game but struggled to create much of note, although Tim Krul did have to keep out Joao Moutinho's low shot after Grant Hanley's back pass had put the hosts in trouble.

Norwich now go to Newcastle on Tuesday in the Premier League at 7.30pm, while Wolves host Burnley the following evening at 7.30pm. Free highlights from both games will be available on the Sky Sports website, App and YouTube channel.