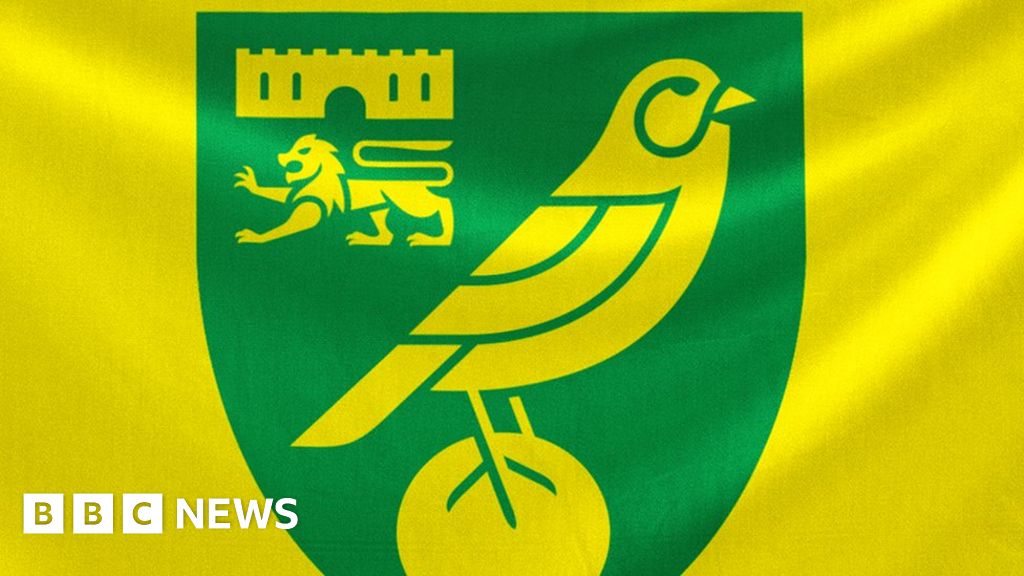 The Canaries said the streamlined logo would be easier to use across all its digital, printed and physical branding when launched in June.

It said it had spent two years working with an agency and had spoken to fans.

Norwich Castle will be emblazoned with an illumination of the new badge on Tuesday evening, with the club describing the logo as a "huge moment".

Commercial director Sam Jeffery said it was a "real statement of intent for the future".

"For the first time in 50 years, the club will adopt a newly evolved crest, fit for digital purpose, iconic and, most importantly, accessible for all.

"It's a project... that has been treated with the utmost sensitivity and care."

The logo was overhauled after a review revealed a number of technical and accessibility issues, as well as a range of crests being used.

A simplified lion, castle and canary, and a repositioned ball now adorn the crest, while the black outlines have been removed.

The Premier League side will reveal its new 2022-23 kit shortly after the crest is fully adopted on 17 June.

The club worked with design agency SomeOne, which has also collaborated on similar projects with Tottenham Hotspur, Manchester City and Wolverhampton Wanderers.

The agency's Rich Rhodes said: "Speaking to everyone - from the owners and the board, players, fans and staff - we could tell that there's something really special at Norwich - this real sense of community, pride and passion.

"It wasn't a case of going in and making a fundamental change.

"It was about taking all of the best bits and making them even better and fit for purpose for a digital age."