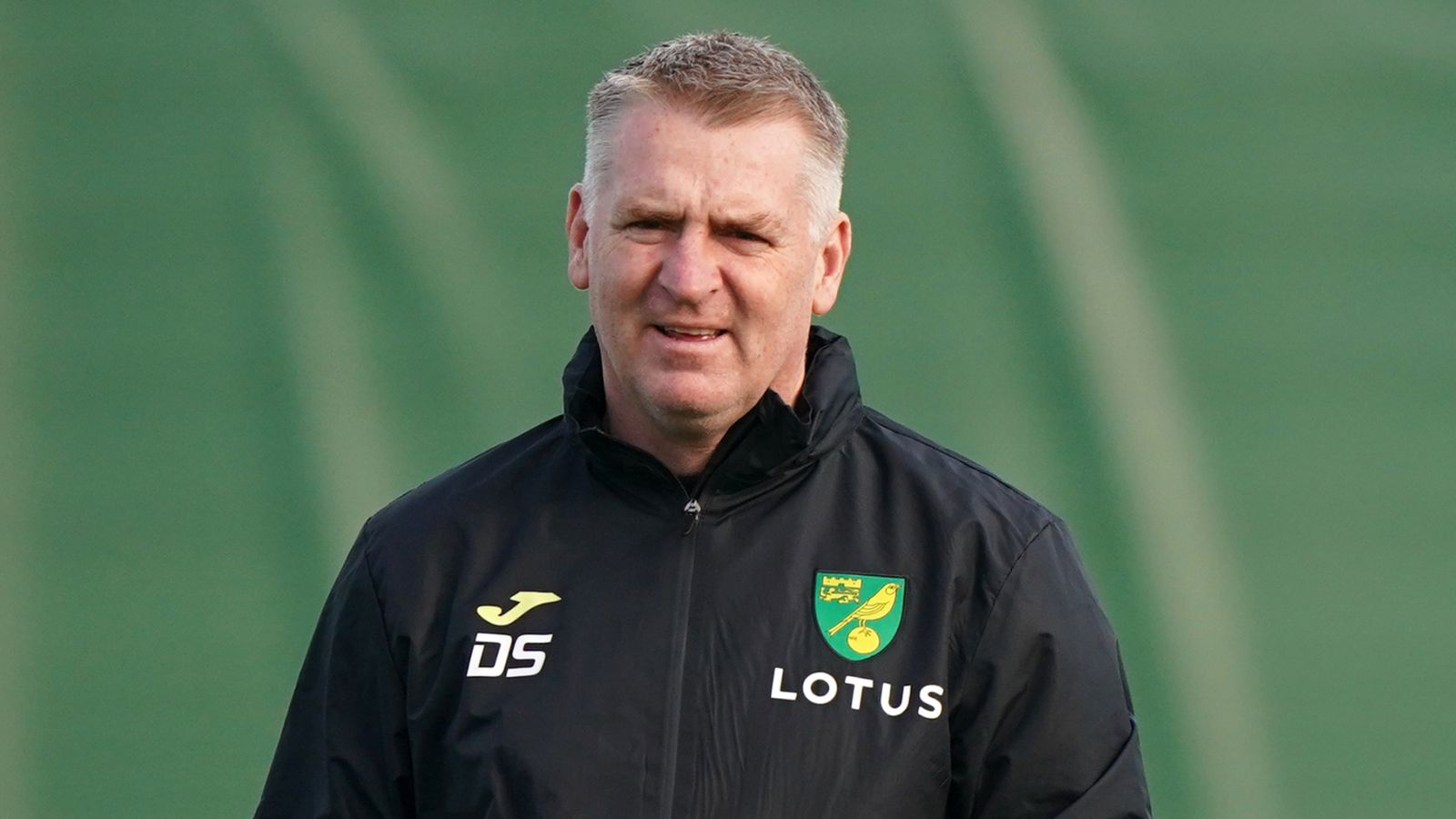 Dean Smith is convinced Norwich have the quality to survive in the Premier League after seeing positive signs in his first training sessions with his new squad.

Smith, named as Daniel Farke's replacement on Monday with the Canaries bottom of the league on five points from 11 games, has only had a couple of days to get to know the players ahead of Saturday's match against Southampton, but has quickly been impressed.

"We all know this is a tough league to get points in, but from what we've seen early doors on the training ground, there is enough quality to get enough points," Smith said.

Image: Dean Smith has been encouraged by what he has seen in his first Norwich training sessions

"Players just need to have that belief. I'm fortunate in that not many managers get to walk into a football club on the back of a win, but this is what we've done.

"We beat Brentford in Daniel's last game and now we need to build on that."

With only limited time on the training ground, Smith has been keen not to overload the players with new ideas, but did use a team meeting on Thursday to lay out his ground rules.

"I think we can certainly make a difference," he said when asked how many changes fans might see this weekend.

"It's not going to be information overload. Obviously there are some principles I like in my teams and some non-negotiables which we've gone through. We'll do some more, but there won't be massive changes because we've only had two sessions."

Asked what his non-negotiables included, Smith added: "They can be set-pieces, they can be throw-ins, what you're doing defensively. There are principles in how you attack the opposition.

"We've spoken about a lot of small details that can change games."

Smith is in the unusual position of facing the same side in his first game with a new club as he did in his last with his previous club - Southampton, who beat Smith's Aston Villa 1-0 at St Mary's two weeks ago, will be the visitors to Carrow Road on Saturday.

"Obviously we analysed Southampton before we played them with Aston Villa and the analysis team here have been doing some work," Smith said.

"There are some crossovers in things, but it is a different set of players to what we had at Villa and there will be a different approach to it."

Norwich's win over Brentford two weeks ago was their first of the season, though it was not enough to save Farke's job.

They sit five points adrift of safety, with Burnley remaining the only club in the bottom five to have not changed their manager this season.

The competition at the bottom is fierce, but Smith said there was no sense of panic at Norwich.

"It's not desperation," Smith said. "We've got 27 games left, but certainly there is a will to get better, to improve and go and collect the points we require.

"We know it's been a tough start, 11 games and five points isn't good enough, but we know we can go and win some games and collect points very quickly."