Dean Smith: New Norwich head coach says job is not a risk and believes he can keep Premier League's bottom side up
Sky Sports 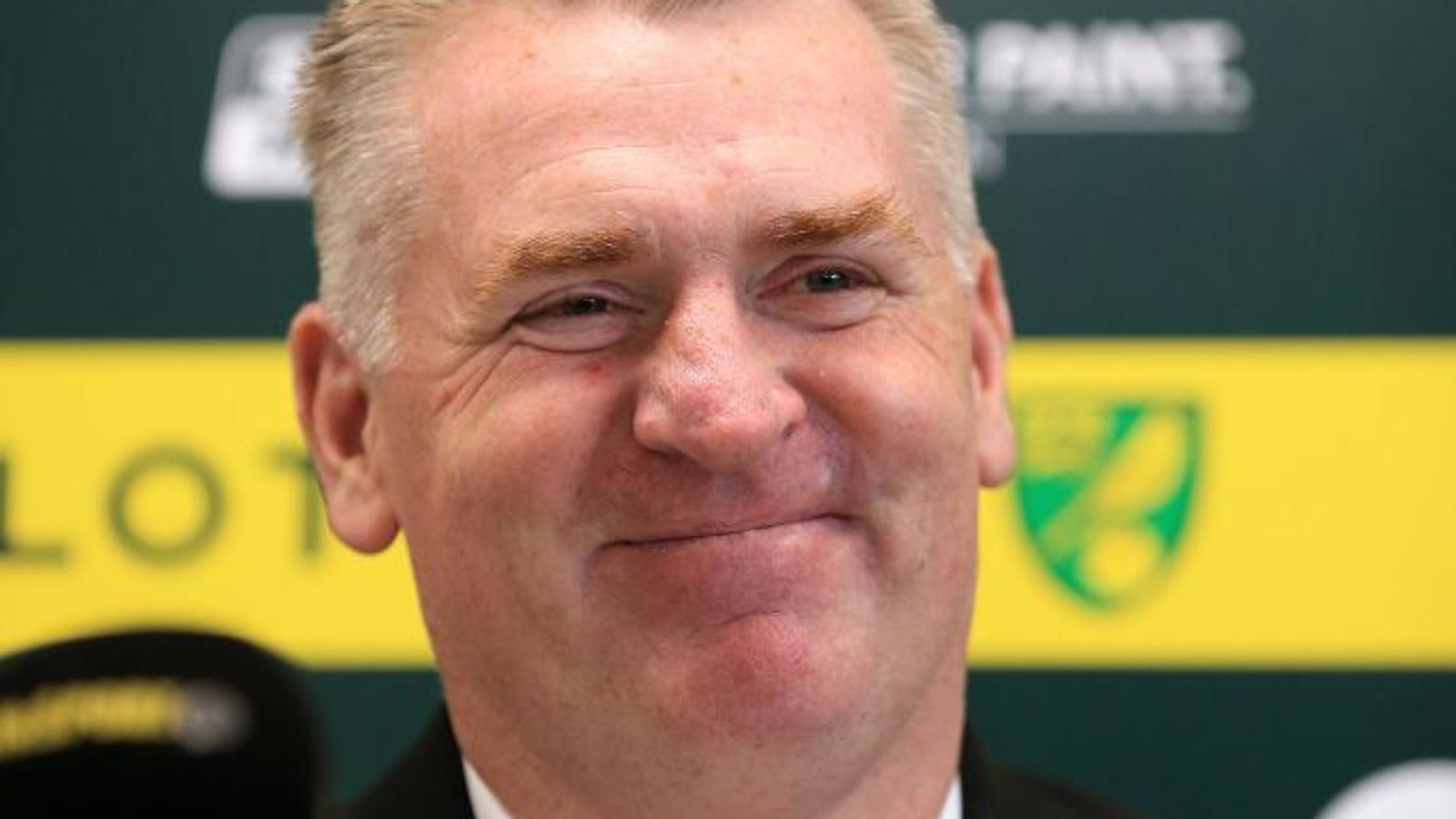 New Norwich head coach Dean Smith "firmly believes" he can keep the Premier League's bottom side up as he dismissed suggestions that taking the job is a risk.

Smith was appointed the new boss at Carrow Road on Monday, just eight days after being sacked by Aston Villa.

The 50-year-old takes charge of a Norwich side that are bottom of the Premier League, five points adrift of safety having recorded their first league win of the season at Brentford prior to the international break.

Smith replaces Daniel Farke, who was sacked just hours after the victory in west London on November 6, and the Englishman is confident he can build on that win and save the Canaries from relegation.

Image: Smith (left) replaces Daniel Farke at Norwich after the German was sacked on November 6

"We've got 27 games left in the Premier League, so there's a lot of points to play for and we're just on the back of a win.

"I've seen how progressive this club has been. Yes, it's been difficult in the Premier League so far. Mine and Craig [Shakespeare's] job, along with the rest of the staff and Stuart [Webber], is to keep us in the league this season and that's firmly what we believe we can do.

"We've got a great belief that we can get as many points as we can in 27 games to stay in this league and I believe the squad is capable of doing that.

"The club got their first win away at Brentford in their last game and we can build on that confidence that the players should've got from that.

"I think there is enough quality [in the squad]. I've looked at the squad with Craig [Shakespeare] and we both believe it's a squad that probably isn't producing the results they need.

"Our job is to improve their performance levels, if we do that then we'll get the results."

Smith's first game in charge will be at home to Southampton on Saturday.

He will make history as the first man to manage successive Premier League matches against the same opponent with different teams, after being sacked by Villa following defeat at the Saints.

"I have an idea already of how Southampton play," Smith said. "It should help me in terms of not having to catch up so much as it would be if it was a club I hadn't played against.

"But they [Southampton] beat Aston Villa 1-0 so we have to turn the result and the performance around."