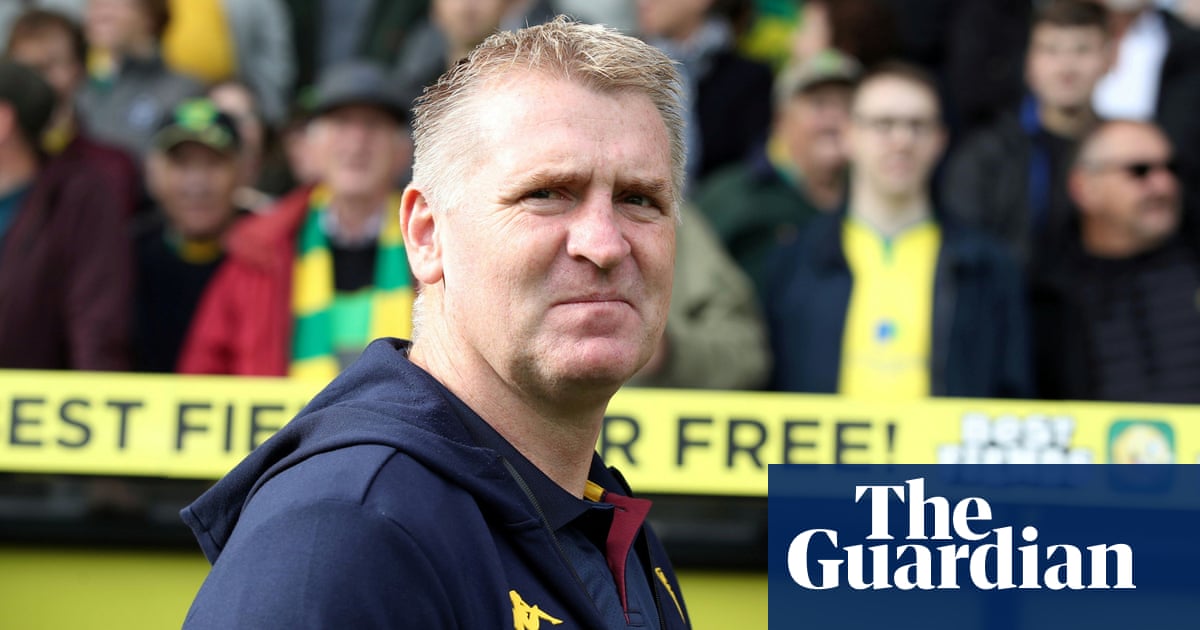 After Norwich lost their first six matches of the season, they became an existential question. What is the point of a club that reaches the Premier League only to crash back down to the Championship? Such a fate, the same as last time they were in the top division, appeared certain if Daniel Farke were to remain in charge.

Modern football clubs do not merely sack managers. New appointments are greeted with talk of culture shifts, the practice of playing matches now has words such as “project” and “philosophy” attached. All part of the game being ever more entwined with business culture.

‘Pleased to be back’: Dean Smith confirmed as new Norwich manager

Dean Smith, with a LinkedIn account in which his “sports management” is endorsed by a succession of football insiders including Chris Powell, the England and Tottenham coach, would appear to fit the search profile of a club such as Norwich. His career blueprint, as an influential assistant at Leyton Orient before managing Walsall, Brentford and Aston Villa, has been to stabilise a club and progress it to the next stage of development. For Norwich, that next stage equals staying in the Premier League for more than one season at a time.

Relegation will probably have to be shouldered before that can happen. In the statement accompanying his appointment, Smith mentioned “the ultimate aim of surviving in the Premier League” this season, something that ought not to be beyond a team five points from safety. However, only scoring five goals and conceding 26 in 11 matches suggests it will be difficult to find three teams to finish below them. With Newcastle flush with January spending power, Burnley masters of pulling off results in the winter months, and Leeds gradually starting to recover their footing, it looks a tall order.

For Norwich to survive, they probably need to pull Aston Villa, Smith’s former employers, into the mire. Losing five consecutive matches there made him the fall guy for Christian Purslow, the Villa chief executive, and his ambition to employ Steven Gerrard as manager.

“Steven’s coaching ambitions, philosophy and values entirely match those of Aston Villa,” said Purslow last week of someone he befriended at Liverpool. Purslow, a minority shareholder, had also been responsible for Smith’s appointment in October 2018, one that took Villa back into the Premier League. That Smith’s stay at Villa Park might not be as long as he and many fans might have liked became clear when it was speculated he was in line to be replaced in the early months of 2020, only for the pandemic to intervene and Villa’s form improve after the Premier League’s Project Restart.

Once Villa wobbled again, always likely after Jack Grealish was cashed in, Smith came under threat. He departed as the latest victim of a star system where a heralded foreign coach or former big-name player will be favoured ahead of those working their way up from the lower divisions.

Of managers working in the Premier League now, only David Moyes, Sean Dyche, Brendan Rodgers and Graham Potter have taken the traditional route, with Potter, the relative newcomer, having done so after winning acclaim in Sweden with Östersund. Coaches such as Smith, pragmatic rather than didactic, comfortably dressed rather than sharp-suited, are unfashionable to clubs with pretensions of blue-chip status and high social media approval ratings. Villa, whose summer transfer activity included trying to poach Emile Smith Rowe from Arsenal, now want to act and be seen like a big club.

Which takes Smith, after just seven days of unemployment, to Norwich, a club yet to attach such aspirations and still rather quaintly owned by local business people in Delia Smith and her husband, Michael Wynn-Jones. Instead of an emotional return for Steve Bruce, a former Norwich captain, or an attempt at replicating the Purslow model in Frank Lampard, they have alighted upon someone proven in meeting realistic expectations.

Norwich do not shoot for the stars but hope to punch above their weight. Historically, the club’s best managers have done just that from Ron Saunders in the 1970s, to Dave Stringer in the 1980s, to Mike Walker in the 1990s and Paul Lambert a decade ago. A manager recognising that as the point of the club can be a success. Smith, unassuming yet progressive, seems a decent fit for that profile.