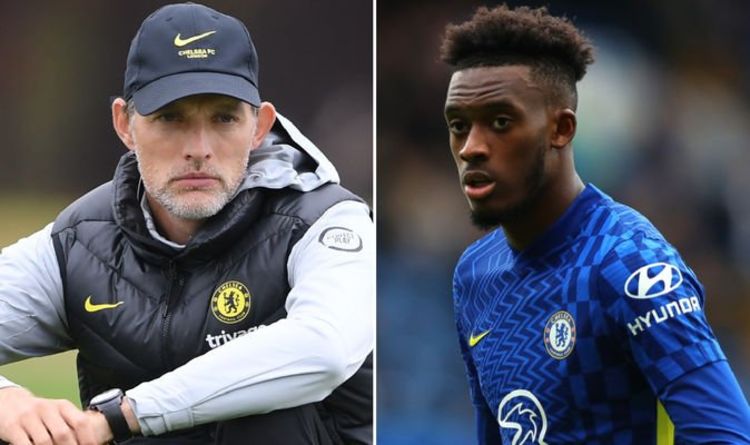 Tissues at the ready. This one is weepy. It was confession time at Chelsea. Thomas Tuchel admitted that he might have been a bit hard on Callum Hudson-Odoi. But, the Chelsea youngster sobbed - no, it’s fine, it’s good for me.

He didn’t really sob, of course. The only ones crying at the end of this utterly one-sided romp were poor old Norwich, sent hobbling back to East Anglia after a 19th straight top-flight game without a win going back to their last doomed stint at this level, two years ago.

It was Hudson-Odoi, so often on the fringes at Chelsea, who was the man who destroyed the Canaries with one fine goal, one sublime assist, and another effort deflected in.

Mason Mount may have emerged with the hat-trick, but this was all about the winger once coveted so publicly by Bayern Munich.

Before the game, Tuchel insisted there could only be a turning point in the 20-year-old’s career if he could do it for 250 games in a row.

MUST READ: Tuchel explains why he laid into Chelsea players during Norwich win

Bit harsh that - and after an excellent performance from the Chelsea academy product in only his third league start of the season, Tuchel, at one point screaming at Hudson-Odoi on the touchline, asked if he was too hard on the youngster, admitted: “Yeah maybe. But he needs that.

“These guys hear a bit too often how good they are. You need to prove it, show it. Deliver assists and goals. This is what he does and what he needs to show.

“Maybe we are a bit unfair when we ask him to play wing-back. We think we have found a way to push him to the limits. But this can change from week to week.”

But, Hudson-Odoi admitted: “I wouldn’t say the manager is hard to please. You have to prove it to yourself.

“Every game you have to show yourself, show how capable you are, show consistency, show that you are worthy of playing in the team.

“The manager said to me to keep putting in the intensity, keep working hard, going forward, being direct - be myself.

“Try and create, try and score. Be decisive in the box. It was good instructions he gave to me. Very influential.”

Last season in a 1-1 draw at Southampton, Tuchel threw Hudson-Odoi on as a substitute - and then took him off.

How did that feel? Hudson-Odoi added: “It was disappointing. You don’t know what you have done wrong. But you have to keep your head, keep going, keep fighting for your position.

The goals? They rained in. Mount got the first, shooting home after Hudson-Odoi’s cross was not cleared. The winger grabbed the second himself from Mateo Kovacic’s lovely pass.

Ben Gibson was then sent off to compound Norwich’s woes, before Mount converted a twice-taken penalty, and then tapped in the seventh. It could have been worse.