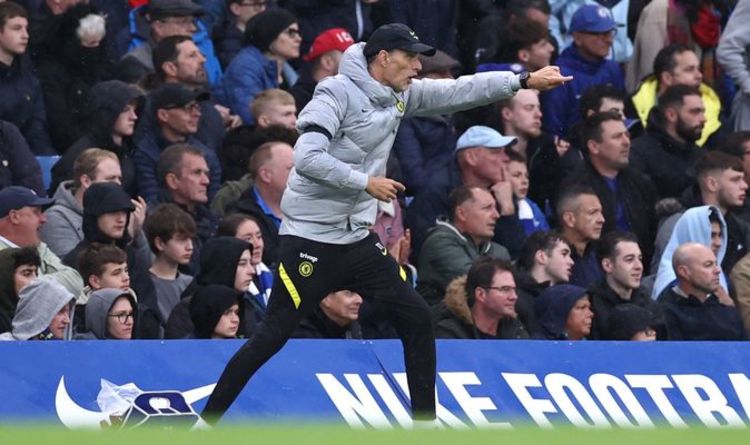 Thomas Tuchel has explained why he laid into his Chelsea players during their 7-0 thrashing of Norwich City on Saturday. The Blues maintained their position at the top of the Premier League with a comfortable win over Daniel Farke’s newly-promoted Canaries.

Mason Mount scored his first hat-trick for Chelsea at Stamford Bridge, as well as providing the assist for Reece James’ goal just before half-time.

Ben Chilwell was also on the scoresheet, for the fourth successive Premier League game in a run that stretches back to the final match of last season.

Callum Hudson-Odoi also found the back of the net, with Max Aarons’ own-goal only adding to Norwich’s despair.

The Blues were utterly dominant in the Saturday lunchtime game, enjoying 62 per cent of the possession and 23 shots in total.

It was the biggest win of Tuchel’s Chelsea reign and is also the fifth biggest win in all competitions in the club’s history.

JUST IN: Man City and Chelsea give Man Utd exactly what they need for Liverpool

Chelsea are now two points clear at the top of the table, though that can be halved if Liverpool defeat Manchester United on Sunday evening.

But despite the fact that the Blues were so dominant, with Norwich having just one shot on target, Tuchel has revealed that he was far from happy at the start of the game.

The German was left frustrated by Callum Hudson-Odoi, who lined up alongside Mount in the positions behind the striker.

Hudson-Odoi had failed to press the Norwich defence immediately after the game kicked—off, which earned him a rebuke from Tuchel.

Chelsea went two points clear at the top of the Premier League with the win (Image: Express Sport)Tuchel was unhappy with Callum Hudson-Odoi's lack of pressing early on (Image: Getty Images)