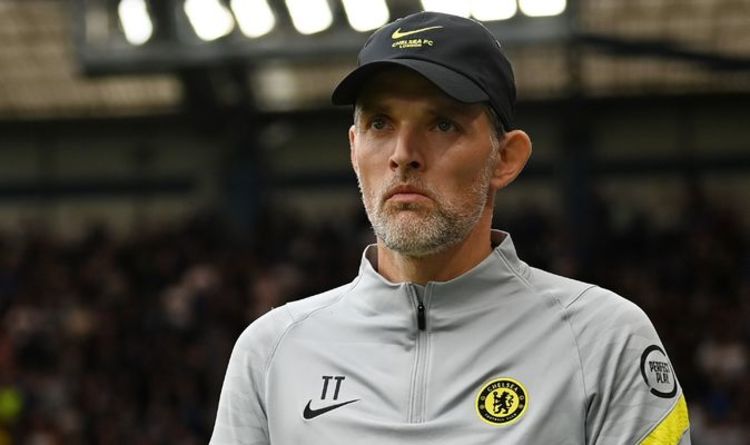 Chelsea boss Thomas Tuchel will be increasingly desperate to keep hold of Antonio Rudiger ahead of the January transfer window after Saturday's comprehensive win over Norwich City. The Blues managed seven goals through five different scorers to down the hapless Canaries, who stayed rooted to the foot of the Premier League table as a result of their humbling defeat.

The gulf in class between the European champions and Norwich could not have been higher, with the hosts running riot from the very first whistle.

They raced into a 3-0 lead before half-time thanks to goals from Mason Mount, Callum Hudson-Odoi and Reece James and refused to slow down after the interval.

Ben Chilwell's strike and an own goal from Max Aarons saw the Blues go five up after the hour mark, before Mount completed his first Chelsea hat-trick with two late goals to cap off a perfect afternoon for the European champions.

Tuchel's side never looked like conceding against Norwich, who only managed one shot on target over the course of the match.

Although Chelsea's back three did not have a great deal of work to do, Rudiger still managed to impress both in and out of possession.

JUST IN: Arsenal have Edu to thank for Aston Villa win after £30m transfer call

Tuchel's side ran riot against Norwich on Saturday (Image: GETTY)

He kept things tight in defence as he usually does while helping to move the ball around nicely for the Blues at the back.

The German defender also ventured forward on a number of occasions, with the Stamford Bridge crowd urging him to shoot each time he had the goal in sight.

Rudiger has played an influential role for Chelsea since Thomas Tuchel's arrival back in January and looks to be primed for a weekly starting spot as they go in search of Premier League glory this time around.

He was a mainstay in last season's Champions League-winning side that conceded just twice in the knockout stages of the competition.

However, he will be a free agent at the end of the campaign as things stand and is no closer to signing a contract extension in west London.

The 28-year-old is reportedly being tracked by the likes of Real Madrid and Paris Saint-Germain ahead of the January transfer window as he weighs up a future change of scenery.

He will be able to negotiate a free transfer to a foreign club for next season at the turn of the year, with his departure threatening to cause plenty of issues for Chelsea if they fail to retain his services.

It will be difficult to replace a player of Rudiger's calibre and the Blues may need to sign two new centre-backs if Thiago Silva follows him out of Stamford Bridge in the summer.

Rudiger will be out of contract at the end of the campaign (Image: EXPRESS)

Jules Kounde of Sevilla is understood to be a priority target and could make the switch to Chelsea next year, but he is not yet on Rudiger's level and the latter's absence would undoubtedly be felt in such a situation.

Tuchel has already underlined his desire to keep hold of the former Roma defender, but it remains to be seen whether he will be convinced to sign fresh terms.

The lure of a final big-money contract at PSG could prove to be tempting for Rudiger, while the chance to play at the Bernabeu for Real Madrid might be another option on his mind.

However, it seems as though Chelsea would live to regret the defender's exit if he is allowed to leave for nothing, unless they can successfully tie him down to an extension before January rolls around.