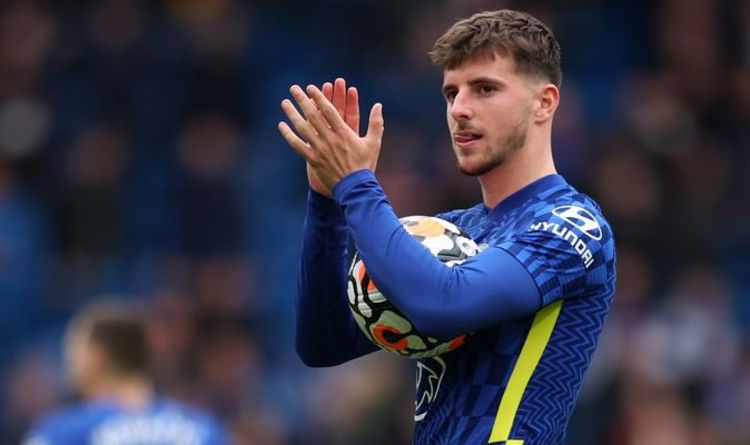 Chelsea playmaker Mason Mount was at his brilliant best as the Blues thrashed Norwich City at Stamford Bridge on Saturday afternoon. Thomas Tuchel's side ran riot against the hapless Canaries, who shipped seven goals over the course of the 90 minutes in a shocking performance from the Premier League's basement boys.

The gulf in quality between Chelsea and Norwich could not have been higher, with the dominance of the hosts clear to see from the first whistle.

Tuchel was forced to name a much-changed side from the Champions League win over Malmo in midweek, but the Blues still had far too much for the visitors to cope with.

Reece James added a third shortly before the interval, with Ben Chilwell's second-half contribution and a Max Aarons own goal seeing the European champions go five up after 62 minutes.

Their sixth and seventh goals came from Mount, who dispatched a penalty at the second time of asking before completing his hat-trick in added time to cap off a perfect afternoon for Chelsea.

The England midfielder was the best player on the pitch throughout the encounter, impressing on the ball in advanced positions while keeping things ticking in safer periods of possession.

He ended up serving as Chelsea's de-facto talisman in the absence of Romelu Lukaku, who picked up an injury against Malmo and was left out of Saturday's matchday squad as a result.

Mount insisted before kick-off that he would be looking to fill the gap left by the Belgian after going 25 games without scoring for club and country prior to the visit of Norwich.

"You go through little stages and for me personally I'm not someone who is going to worry massively about it," said Mount.

“I'm still getting in the right areas but it's just not falling to me, so I'm not just getting any chances.

"Hopefully when that first one goes in, the floodgates will open and I'll get a few more after that.

"Obviously the way we play we are going to get people in the box, create chances and it's about time I get on the score sheet for once!”

Mount went on to follow through on his pre-match vow with not one or two, but three goals to help Chelsea produce their biggest win of the new Premier League campaign to date.

The Blues have emerged as the Premier League's early leaders (Image: EXPRESS)

Tuchel hailed the former Derby County loanee's performance after the final whistle, revealing that it was nice to see him put an end to his previous goal drought in spectacular fashion.

"No matter how satisfied the coach is, the offensive guys need goals to be fully happy," the Chelsea boss told Sky Sports.

"He waited too long, so it was good that he got some goals today. I think it’s a process. We’re still in between international breaks.

"I think it’s normal [for players to be tired]. I agree today that Mason looked fresh and it was good to put him on the pitch."