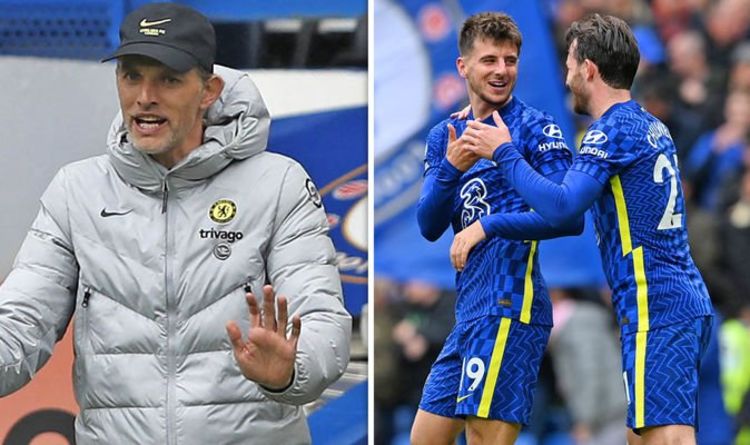 Chelsea boss Thomas Tuchel has spoken out after today's Premier League win over Norwich to express sympathy for struggling Norwich. The Blues went into the game hoping to extend their lead at the top of the table. And they did just that, running riot with a seven-goal hammering at Stamford Bridge.

Chelsea were too strong for Norwich at Stamford Bridge, flourishing despite missing Romelu Lukaku and Timo Werner through injury.

The Blues found themselves three goals ahead at the interval after Mason Mount, Callum Hudson-Odoi and Reece James all struck.

And, after the break, Chelsea upped the ante even further.

Mount grabbed his first Chelsea hat-trick with two late goals that came after Ben Chilwell and a Max Aarons own-goal had seen the home side extend their lead.

And Tuchel has now spoken out after the game, piling praise on Mount for his sensational performance while expressing sympathy for Norwich counterpart Daniel Farke.

“We played a good performance. We were sharp and put in a lot of effort," he said.

“It’s obviously a massive moment for me. I’ll remember this one for a long time.

“I was always getting in positions to score, but I just wasn’t putting it in the back of the net.

“I thought the last one might be offside. It was my luck today, but it’s also about the team. We spoke before about being at it from the beginning, we did that today.

“Players came in in the absence of other players. We were on it the entire game but we never dropped our standards and kept going.

“I always want to play every game. Sometimes you’ve got to take a backwards step, but in the last couple of games I’ve felt at it and ready to play.

“It’s a big moment for me to score three at home at Stamford Bridge.”

“We’ve spoken about small steps they’ve made,” he said.

“But, they’ve made a bid backwards step today. There’s ways to lose a game and that is not one of them.

“The biggest thing is the fear Norwich played with. A couple of games down the players were looking around at each other and looking for a spark and it wasn’t there.

“There’s a lack of leadership on the pitch. I think the manager got it horribly wrong at half-time.

“You're three down against the Champions of Europe, got outplayed in the first-half and then he puts on Rashicha and goes to a 5-2-3. He wanted to go man for man to Chelsea and they got absolutely battered. It was a mismatch and worrying times for them.”