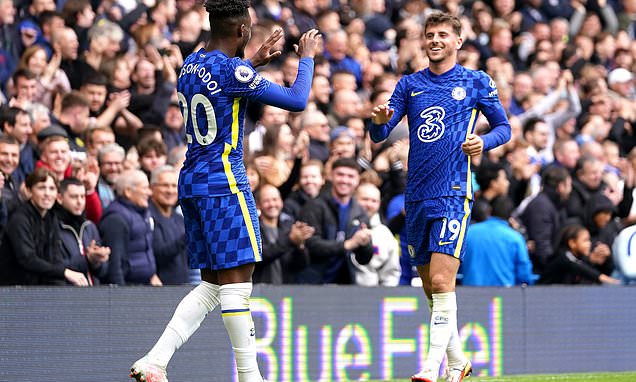 They live a strange existence, Norwich City. But if we are to spot a wider purpose in the latter portion of their biennial cycles, when slappings in the Premier League follow their success in the Championship, then perhaps it comes in what they offer to others.

It would seem that on these trips to the top flight, they best serve as a sort of wet stone, a means of sharpening those from bigger clubs who have lost their edge. For Chelsea’s Mason Mount and Callum Hudson-Odoi, what compliant opposition for the rediscovering of form on a relaxing Saturday afternoon.

In the case of Mount, it feels bizarre to reflect in the aftermath of a hat-trick that there had been a mumbled awkwardness around his productivity, with a single assist and no goals through the opening stages of this season.

Of greater concern he had lost his place in the starting XI, with five straight appearances off the bench prior to the trip west by Daniel Farke’s side.


Dramas can become a crisis quickly in this league, and likewise a blip can be forgotten almost as fast. Hat-trick have a way of working wonders.

On the other flank of Chelsea’s attacking trident was Hudson-Odoi, a player of considerable talent with a capacity to frustrate managers. His brilliance appears a fleeting condition, and that search for consistency had been the prime subject of Thomas Tuchel’s pre-match media briefing.

As the German put it on Friday, it would take far more than one good game against Norwich to talk of turned corners for a forward with only two other league starts this season.

Indeed, there have been a few too many false dawns with the 20-year-old to read masses into the way he played against a group tracking to be among the worst sides to draw breath in this division.

But this was a good stride, one that would likely have been the tale had it not been for the contribution of Mount. Together, they stomped all over Norwich.

Hudson-Odoi was involved the opening goal, finished well by Mount, and Hudson-Odoi then scored the second. The fifth, an own goal from Max Aarons, was immediately preceded by a Hudson-Odoi cross, and the sixth was scored from the penalty spot by Mount.

His initial effort had been saved by Tim Krul but his fractional step off the line caused a somewhat cruel order for a retake – Norwich are not only bad, they are unlucky too. Mount also survived an offside check in scoring the seventh.

Those were the highlights for the pair, the sparkly bits. What will have likely caught the more discerning eye of Tuchel were the wider contributions – Mount tracking back to rob Ben Gibson on 28 minutes; Hudson-Odoi pressing Ozan Kabak and cutting off his pass on 11.

That interception from Hudson-Odoi was only part of a sustained attack on Kabak, who was repeatedly beaten on the run by the three-time England international.

Whether Tuchel saw enough to be satisfied is anyone’s guess. After three minutes here he erupted at Hudson-Odoi over his choice of through-ball, before then being told by his player to calm down. He had scored 15 minutes later so point made.

If there was an oddity in it all, it was that Tuchel, having said Hudson-Odoi needs to deliver across a full match, then hooked him on 68 minutes.

Nothing is ever simple. Except games against Norwich, it would seem.