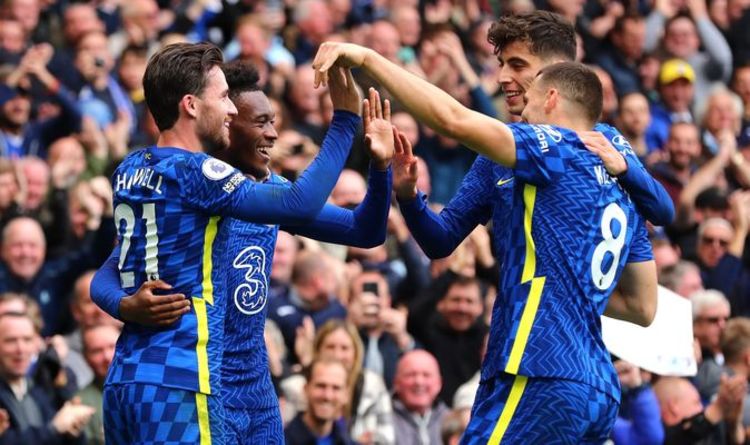 Chelsea stretched their early advantage over Liverpool, Manchester City and Manchester United at the top of the Premier League table with an easy 7-0 win over basement boys Norwich City on Saturday afternoon. A hat-trick from Mason Mount, a Max Aarons own goal and further contributions from Reece James, Ben Chilwell and Callum Hudson-Odoi gave the Blues their seventh victory of the new campaign against a hapless Canaries side at Stamford Bridge.

The match could have easily been a potential banana skin for Chelsea in spite of Norwich's precarious position at the bottom of the league.

Daniel Farke's side had improved in defence going into Saturday's clash after switching to a back-three formation, conceding just once in their previous three outings, but were totally undone by the Blues over the course of the 90 minutes.

The hosts were comfortable from the very first whistle despite being forced into a number of important changes from their Champions League win over Malmo in midweek.

Injuries to Romelu Lukaku and Timo Werner saw Kai Havertz and Hudson-Odoi come into the fold, while academy graduate Trevoh Chalobah was handed another Premier League start in defence.

It was Chelsea's ability to shake things up all over the pitch and still come away with a dominant win that proved just why they are one of, if not the clear favourites to lift the Premier League trophy at the end of the campaign.

Hudson-Odoi is yet to get the rub of the green under Thomas Tuchel, with the 20-year-old being deployed in a number of different positions since the German's arrival in January.

However, he made the most of his opportunity to shine against Norwich from his preferred role on the left flank.

Much of Chelsea's attacking play went through the England youngster, who was lively from the outset and played a big role in creating Mount's first goal with a pinpoint delivery into the box.

He went on to double Chelsea's lead with an excellent finish past Tim Krul after spinning his marker with an intelligent turn of pace.

Werner was spotted beaming on the sidelines as Hudson-Odoi ran the show against Norwich, but the former will be looking nervously over his shoulder upon his return to fitness if the latter can keep up the good work.

Meanwhile, Havertz also impressed upon his return to the side in place of the injured Lukaku, with his calm and effective hold-up play allowing his team-mates to run into the acres of space around him.

With Chelsea having a player of Havertz's calibre as their back-up option at the tip of their attacking trident, it is difficult to make a case against them being the favourites to win the title this season.

The same can be said in defence, with Chalobah and Thiago Silva experiencing little difficulty in keeping Norwich at bay despite the absences of Cesar Azpilicueta and Andreas Christensen, who were dropped to the bench.

The Blues are better-placed than the likes of United in this respect, with the Red Devils sorely lacking the strength in depth across the entire pitch that Tuchel enjoys on a weekly basis.

Chelsea also now have Havertz, Mateo Kovacic and James as back-up options for Lukaku, N'Golo Kante and Azpilicueta respectively, which is a far better selection than Ole Gunnar Solskjaer has at his disposal at Old Trafford.

It remains to be seen whether Tuchel's side can maintain their current form between now and the end of the campaign, with Liverpool and City hot on their tails and United still in the running in spite of their dire recent spell.

However, the need for clubs to rotate their players over the course of a long and demanding season could see Chelsea emerge as the runaway Premier League leaders before all is said and done.