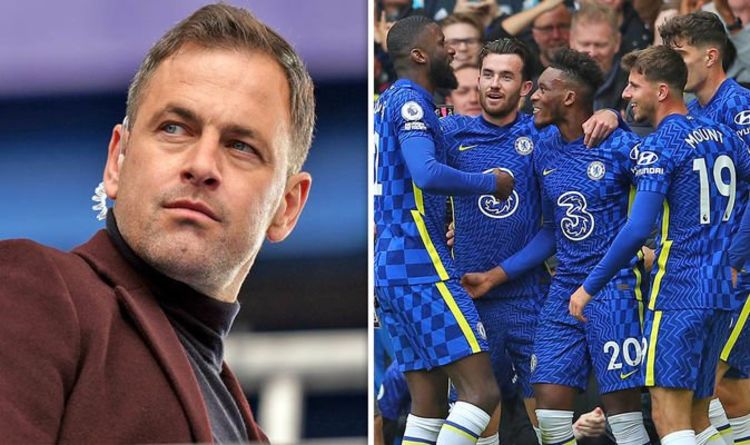 Chelsea legend Joe Cole has named Edouard Mendy as the Blues’ most-important player. The goalkeeper arrived from Rennes in the summer transfer window of 2020. And he’s been in fantastic form ever since, establishing himself as one of the best shot-stoppers in world football.

Cole was speaking before Chelsea’s 7-0 battering of Norwich on Saturday.

The Blues went ahead through Mason Mount, who opened his account for the campaign with a thunderbolt drive.

Callum Hudson-Odoi then doubled their lead, slotting in from close range after being set through on goal.

And Reece James, Ben Chilwell and a Max Aarons own-goal saw Chelsea extend their lead at the start of the second half.

The victory means Chelsea have now extended their lead at the top of the table, with their attackers on song.

“He (Mendy) is to Chelsea what Alisson has been to Liverpool.”

“When you come back from the internationals, you always have a lot of question marks over what state the players will come back in and you don’t have time to prepare and obviously we had a difficult game at Brentford,” he said.

“For 70 minutes we were completely in charge and it was really nice to see other players coming in – you had Malang, Trevoh and Ruben starting, because they were the players who trained the two weeks while everybody else was travelling and playing for their national team.

“They stepped up and they had a very good game.

“The last 20 minutes they threw everything at us and then these are the difficulties where you need to find the way to win.

“We had a great performance from Edou in those last 20 minutes, when he made very important and decisive saves, which is obviously brilliant.”

Chelsea are next in action against Southampton on Tuesday.

And victory would see them progress to the next round of the Carabao Cup.