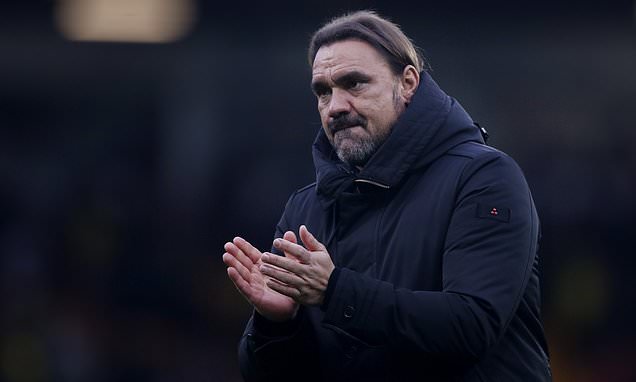 By Kathryn Batte For The Daily Mail

Two games without defeat is progress for Norwich after a torrid start to the season. This draw with Brighton, following the stalemate with Burnley, made it back-to-back clean sheets in the top flight for the first time since March 2016.

But the problems for Daniel Farke’s side are at the other end of the pitch. Chance after chance was squandered against below-par Brighton. And with Chelsea up next, adding to their two goals this season will be difficult.

They have the lowest shot conversion rate in the league and if they are to avoid another immediate return to the Championship, that must change.

When asked if his team can expect to stay up without finding a killer instinct, Farke admitted: ‘No, we need to score goals to achieve our target. We’re not naive.


'We need to win nine or 10 games. We need to score goals and find this cutting edge. If we deliver performances like this and create chances like this, I’m confident we will score and win games.’

Josh Sargent had Norwich’s best chance here when he was presented with an open goal after Albion keeper Robert Sanchez had missed his clearance. But the striker’s effort was tame and allowed Shane Duffy to get back and clear. Teemu Pukki also missed chances and Norwich were fortunate Brighton were not awarded a penalty when Neal Maupay was caught by keeper Tim Krul.

The Canaries have failed to score in either of their last two matches, which both ended 0-0