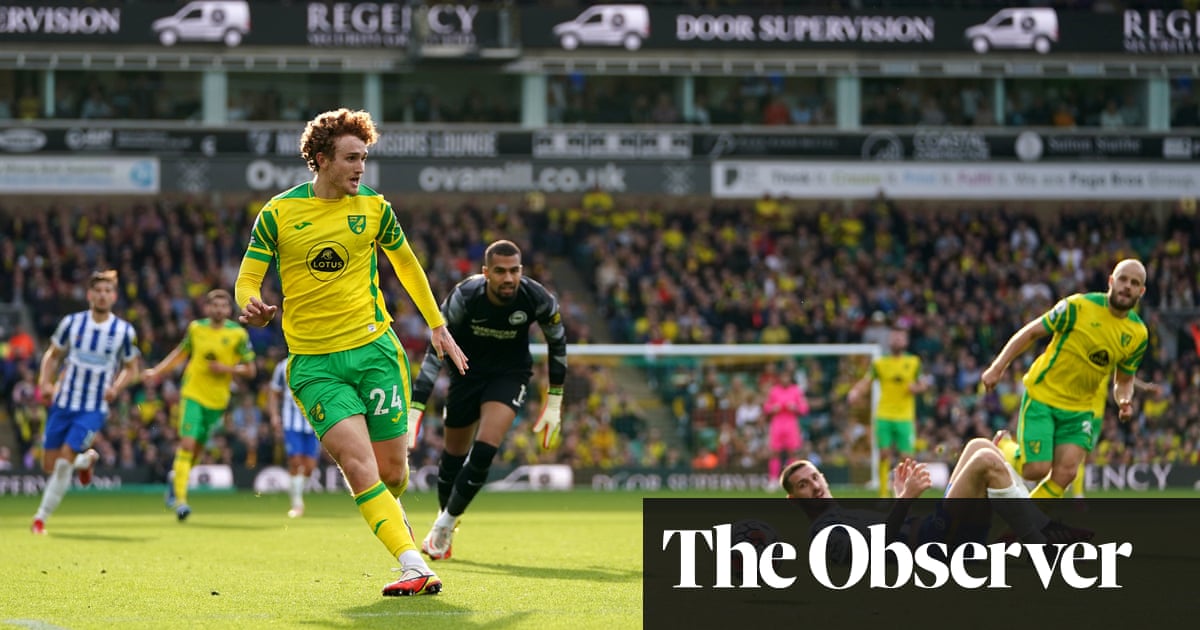 Norwich’s wait for a first Premier League win of the season continued as they were left to rue missed chances during a goalless draw with Brighton.

Josh Sargent and Teemu Pukki were guilty of poor misses at Carrow Road, but Daniel Farke’s men did at least earn a second point of the campaign with another clean sheet to make it two games without defeat, having lost their first six matches back in the top flight.

Both Norwich and Brighton had played out 0-0 draws before the international break and no fresh injury concerns meant the teams were unchanged from their respective stalemates with Burnley and Arsenal.

Leandro Trossard gave Seagulls boss Graham Potter an early concern when he required treatment on his elbow, but he was fine to continue before Brighton goalkeeper Robert Sánchez had to make a fine save to keep out a curling effort from Sargent.

Brighton created the better first-half openings. Neal Maupay wanted a penalty in the 22nd minute when he raced into the area and rounded Tim Krul only to go down after a slight touch by the Norwich keeper. The referee, Peter Bankes, awarded a goal kick and saw his decision backed up by VAR.

Krul made another key intervention soon after when he produced a superb fingertip save to divert the ball on to the crossbar after Maupay had set up Trossard for an exquisite volley.

The Canaries enjoyed plenty of good moments, the majority involving Sargent, but the American fluffed his lines at the crucial moment on the stroke of half-time. The former Werder Bremen forward chased down a loose ball and must have thought his luck was in when Sánchez raced out of his goal and miscued his clearance. It presented Sargent with an open net, but his goalbound effort was too weak and Shane Duffy was able to clear.

Potter had seen enough by this point, with full-back Tariq Lamptey introduced for his first Premier League appearance in 10 months.

Solly March, another pacey wingback for the Seagulls, soon joined Lamptey on the pitch, but only after Pukki had poked wide when played through on goal by Max Aarons in the 64th minute.

Both teams pushed for a late winner, a superb tackle by Dan Burn thwarting Pukki inside the area before Maupay fired over from close range after March’s centre, but the spoils were shared, with Brighton now unbeaten in five league games.