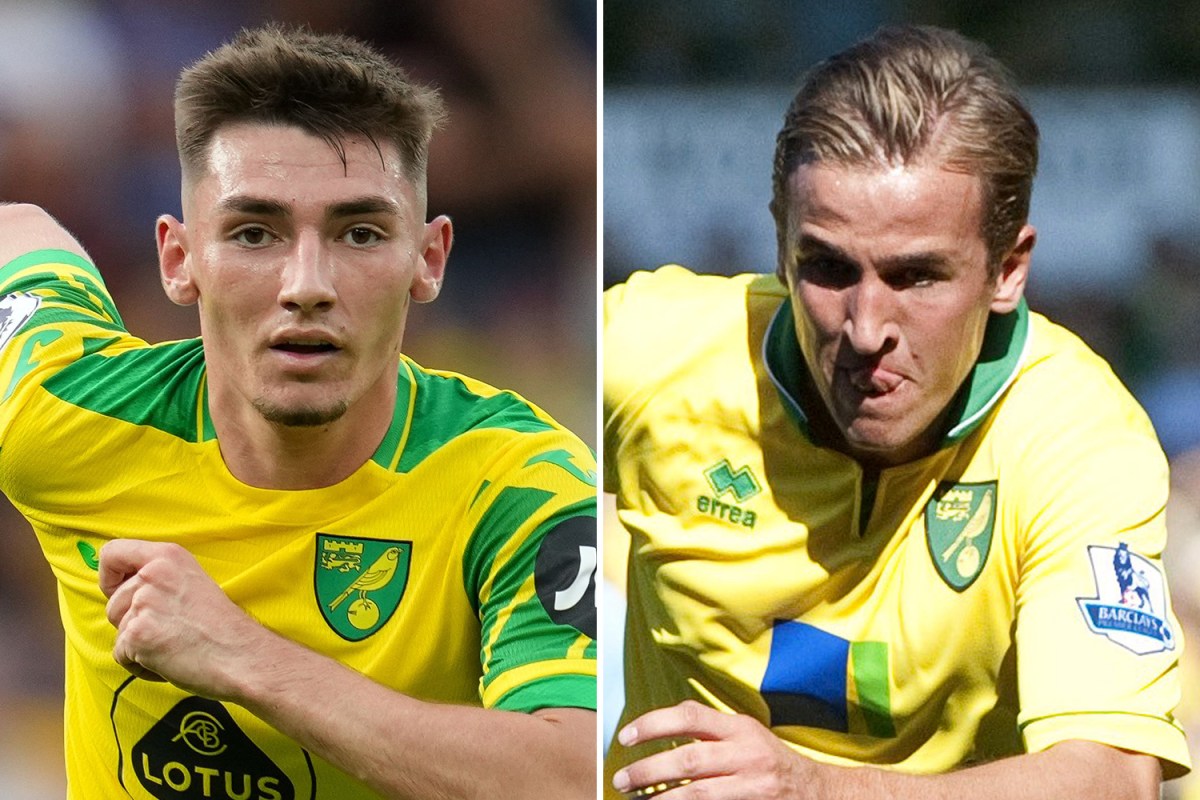 BILLY GILMOUR and Chelsea fans should not fret about his loan spell at Norwich.

The Scottish starlet’s stint in Norfolk is not going as well as hoped with him failing to nail down a regular place in their starting line-up.

Billy Gilmour’s loan spell at Norwich may not be working out how Chelsea wantedCredit: Rex

He should take inspiration from Harry Kane’s transformation after several miserable loansCredit: Rex

There is no doubt he will be feeling frustrated.

But he can rest assured virtually the same thing happened to Harry Kane - and he has turned out OK.

Gilmour, 20, is rated as one of the Premier League’s hottest prospects.

Chelsea decided it would be beneficial for the youngster to spend this season with the Canaries.

Although even Tuchel might now be raising eyebrows at the way his German compatriot is treating his rookie midfielder.

Gilmour has played in four of Norwich’s seven League matches this season, and been benched for their last two.

But he can take some consolation from the fact he has already played more for the Canaries than Kane did during his loan there at the start of the 2012-13 campaign.

The Tottenham striker, who had enjoyed successful previous loans at Leyton Orient and Millwall, was sent back to north London after making just one Premier League start for Norwich.

He was then farmed out to Leicester where despite flopping again he managed to net twice in five Championship starts and eight substitute appearances.

Kane, who has obviously gone on to become England captain and one of the best frontmen in the world, once said in an interview with ITV: “I had four loan spells. Leyton Orient when I was 17, was really good for me. I scored some goals and it was a good experience.

“Millwall was the same, in the Championship at 18, so going into Norwich at 19 it was just about taking another step and proving I can score in the Premier League.

“But I didn’t really look at it as my last chance. Whenever I went on loan it was always in my mind to come back and play for Spurs.

“Obviously that loan didn’t go great - I got an injury quite early on and when I came back I couldn’t get in the team.

“So I ended up going to Leicester in the same year for six months and the same thing happened. I couldn’t get into the team and I was on the bench quite a lot.

“That was probably the time in my career where it was the hardest - I was 19 and I was thinking if I can’t play for Norwich or for Leicester, even in the Championship at the time, then how am I going to get back and play for Tottenham?”

But boy did he manage it - and that is surely something Gilmour can take heart from.