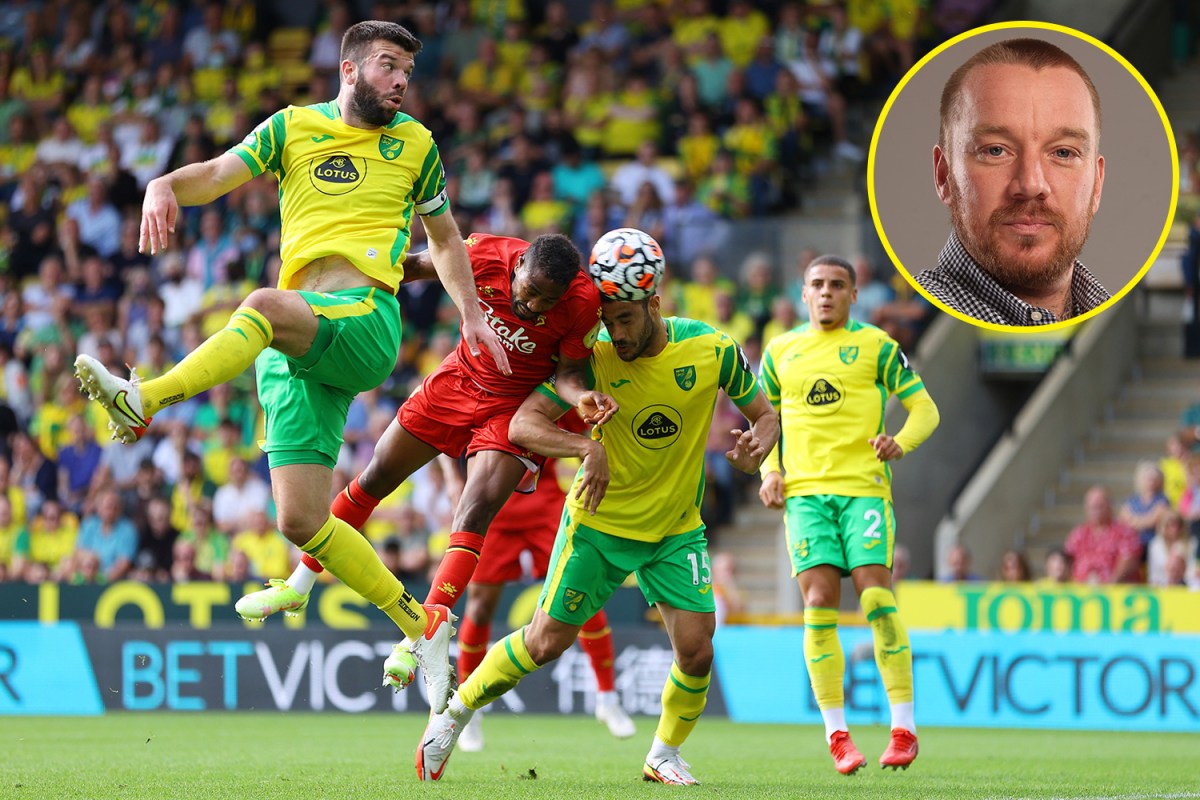 Jamie O’Hara labelled Norwich an ‘embarrassment to the Premier League’ and called for the division to have just 18 teams in the future.

The Canaries have come under fire for their poor start to the season – after bouncing straight back to the top flight.

Norwich have picked up just one point this season

Daniel Farke’s side notched up a run of 16 straight Premier League defeats, stretching back to the last time they got relegated.

Norwich have just a solitary point and are one of four teams yet to win a game, seven matches into the 2021/22 season, and are widely tipped to be heading straight back to the Championship.

Former Tottenham midfielder O’Hara has had enough and wants to see ‘pointless’ teams out of the top flight.

He told talkSPORT: “There are 20 teams in the Premier League and it’s almost getting ridiculous with Norwich. They are yet to win a game.

“There are other teams involved in this – Southampton, Newcastle, Burnley and Norwich yet to win a league match this season.

“It starts to raise the question for me, Norwich have come into the Premier league again and are the whipping boys.

“I said it at the start of the season and I took a load of stick from Norwich fans who were saying ‘we’re going to have a go this season, we spent money, we’re going to be there’.

“Again they are showing they are an embarrassment to the Premier League. They’ve got one point and it’s just ridiculous.

“It raises the question of all these players being fatigued, too many games, the big teams looking at doing the Super League, which I’m against, but I think they are starting to get the hump with irrelevant football matches.

“I think you could drop it down to 18 teams and you get rid of the dross. Get rid of the teams who are no good, who are killing the Premier League, because it has got to such heights now.

“These games where you’ve got Norwich getting beaten all the time, coming up and just killing the Premier League, it’s just pointless.”

Play talkSPORT Selector and you could win big money