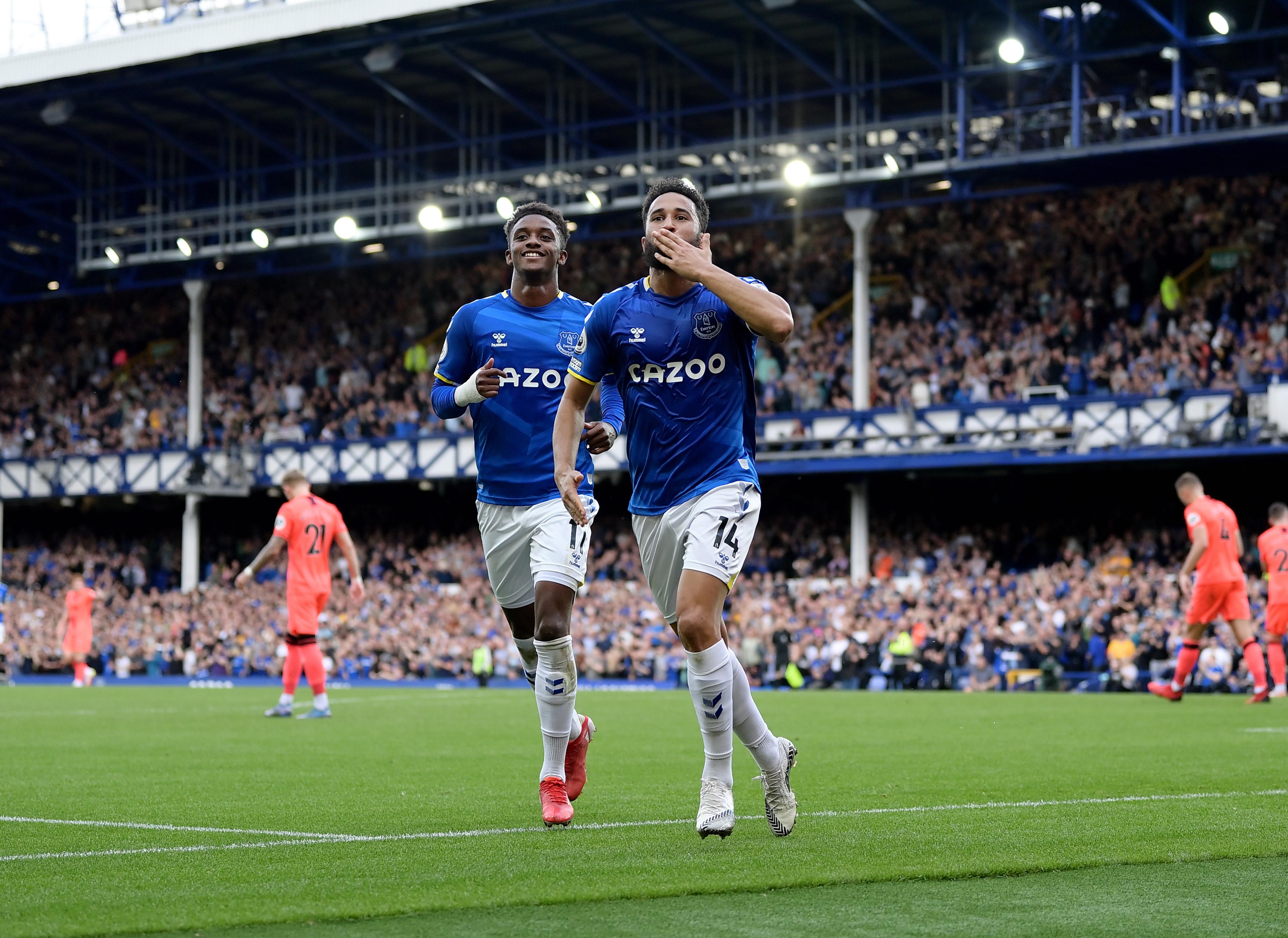 Everton beat Norwich City 2-0 at Goodison Park on Saturday to record their third successive home victory and move level on points with second-placed Manchester City in the Premier League table. Below, we round up the key talking points from the Toffees' win, featuring insight from former England defender and BBC pundit Micah Richards...

“The manager wants me to be more offensive,” Abdoulaye Doucoure revealed on the eve of the Premier League season.

“I can be in the box more, create a lot of chances and be in the final third to score goals. I am practising this and will do it on matchdays.”

The Frenchman has delivered on his promise – and then some.

Six games into the Premier League campaign, Doucoure has scored twice and provided three assists, the same numbers he registered in the entirety of 2020/21.

His renewed attacking intent is further highlighted by the fact he is averaging a shot on goal every 54 minutes, compared to every 136 minutes in 2020/21.

His game-settling 77th-minute strike against Norwich was one of a player high on confidence, as he hurtled forward at speed to get on the end of Demarai Gray’s perfectly-weighted pass before rifling a shot past Tim Krul.

Speaking on BBC’s Match Of The Day, pundit Micah Richards explained how Doucoure’s blend of attributes mark him out as a complete central midfield player.

“He is breaking lines,” said the former Manchester City man. “When a midfielder drives forward like him, it is very difficult for another midfielder to get close to him.

“He’s got that power and he’s very intelligent, too.  He makes runs into the box and they are very difficult to pick up. He can zing passes 20 or 30 yards – he’s got that in his locker, too. I thought his all-round game was very good – his one-touch, two-touch passing as well.

“And, of course, he showed great composure for his goal. He has really stepped up.”

While the 2-0 scoreline suggests this was a comfortable afternoon’s work for Everton, Rafa Benitez’s injury-hit side did come under pressure for spells against Norwich.

The Canaries were unable to carve out clear-cut openings, however, with the towering presence of Yerry Mina proving a consistent thorn in the away team’s side.

Norwich lined up with two specialist strikers in Teemu Pukki and Josh Sargent – and Daniel Farke’s men flung in 14 crosses during the match as they got numbers into the Everton penalty box.

But with Mina alongside the excellent Michael Keane in centre of the Blues’ defence, the Canieries got little joy from their forays forward.

The Colombian’s positional awareness, physicality and aerial prowess impressed throughout, and he made six clearances – more than any other player on the pitch.

Mina’s use of the ball was on point, too, with his 90 per cent passing accuracy the best of any player who completed the 90 minutes.

The rapturous ovations for Andros Townsend and Demarai Gray when they were substituted late in the game told their own story.

Townsend’s relentless work-rate displayed why Rafa Benitez has described him as “a player supporters love to see”.

As well as netting Everton’s opener from the penalty spot, he sent in seven crosses during the game – more than any other player – and recovered possession for Everton five times.

Gray, meanwhile, capped another classy and purposeful performance with an assist for Doucoure’s strike.

With key attacking duo Dominic Calvert-Lewin and Richarlison currently sidelined, their contributions have been invaluable.

Speaking in his pre-match press conference, Rafa Benitez reiterated how he is seeking to implement an “Everton style” – one that reflects the supporters’ passion, dedication and hunger for success.

“I think the fans appreciate the intensity and offensive football,” the manager added.

The signs of a growing connection between Evertonians and the team were evident once more as the Blues saw off Norwich.

With Everton 1-0 ahead, the away team enjoyed a sustained spell of possession midway through the second half as they hunted an equaliser.

There was no question of the Goodison crowd going into its shell, however. The crowd stayed with the team – roaring every Blues tackle, block and piece of enterprising play.

Abdoulaye Doucoure’s strike 13 minutes from time made the game safe and sparked a deafening eruption.

And the sustained vocal acclaim for the team’s efforts at the final whistle showed the fans’ appreciation for a hard-earned but well-deserved victory – and one achieved in difficult circumstances, with a raft of experienced First-Team players unavailable through injury.