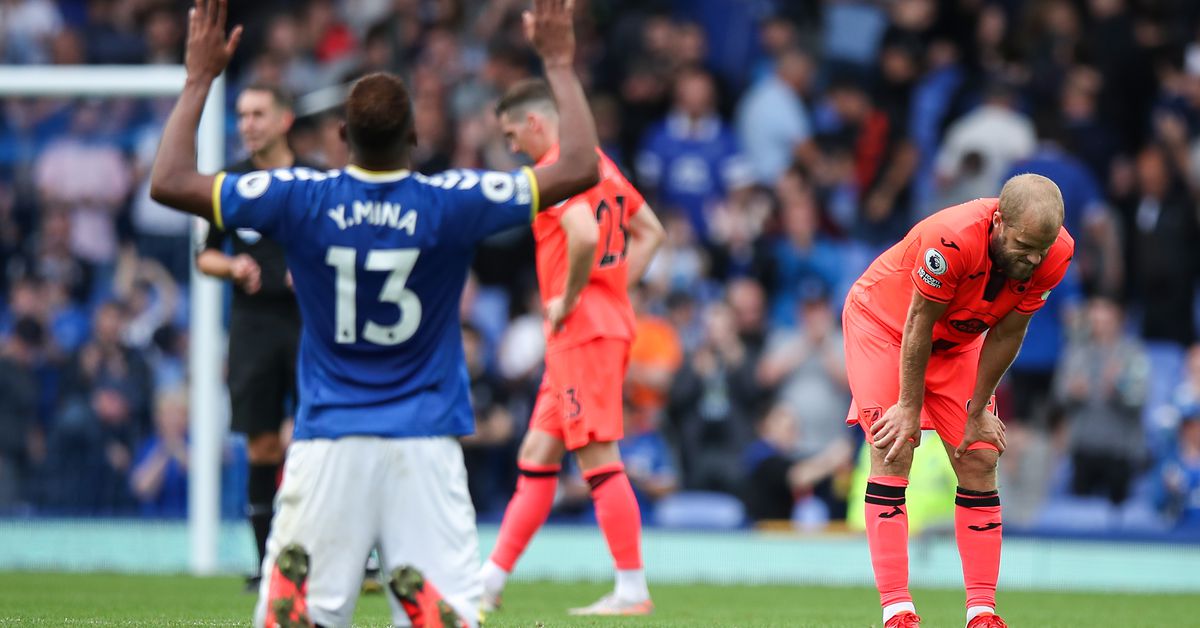 Norwich City haven’t always been an easy proposition for the Blues. Prior to this afternoon, over the last ten years the two sides have played twelve matches, with Everton managing a meagre three victories and suffering as many defeats, the last of which saw beleaguered manager Marco Silva’s side succumb to an embarrassing 2-0 loss at home. He would stumble on for a couple more weeks before time would be called on his reign at Goodison Park.

Winning the games against the poorer sides in the league is something that Rafa Benitez is already achieving, something that Carlo Ancelotti, Silva and Ronald Koeman struggled to do consistently.

The Frenchman continues to be a force for Everton this season. His heatmap showed he covered almost every blade of grass today (only a slight exaggeration), racking up a remarkable 13 recoveries and making a team-leading 4 tackles. Abdoulaye Doucoure showed his attacking qualities by driving forward with the ball at times, ranked second only to Lucas Digne in number of touches and the rampaging run in support of Demarai Gray to score the decisive second goal typified his effort. The midfielder has now already tied his number of goal contributions from last season (5), having played only 6 league matches compared to 29.

We’ll never know just how much of a factor playing in almost empty stadia contributed to the appalling performances and results for Carlo Ancelotti’s men at Goodison Park last season. Clearly, the Toffees had major problems playing on the front foot at home and it is reasonable to infer that this style of football is easier when being roared on lustily by 30,000-plus fans. Even making allowances for the surreal experiences of the 2019/20 season, it cannot be denied that Rafa Benitez is getting results in front of the home support and has now racked up 4 league wins to start his tenure as manager, as many as was achieved in the last 17 home matches under Carlo.

The Blues three straight home wins to start the season is partly a function of the schedule, but the last time they did this was back in 1989-90. Let that sink in.

Mina is a Must

It’s becoming increasingly evident that that Yerry Mina is now a vital player for Everton, once more offering a composed and reassuring presence in the heart of the Blues defence. There was talk this summer that, with the big Colombian entering the final 2 years of his current deal and having had some problems with injuries, that maybe he could be seen as a sellable asset. His performances currently show that, at 27 years of age he is entering the peak of his career and is indisputably the most rounded and reliable of Everton’s central defenders. Mina brings a big, confident personality to the team and it is no coincidence that the other defenders usually play better alongside him.

An Exercise in Futility

With all due respect to Norwich, this match will very likely be Everton’s easiest league fixture of the 2021/22 season, considering the Canaries had lost every match this season, barring a 6-0 rout of Championship outfit Bournemouth in the Carabao Cup in August. They arrived at Goodison Park yesterday sitting dead last in the Premier League table with zero points, having scored twice and shipped 17 goals in return. In fact, manager Daniel Farke has now overseen 16 consecutive losses by his team in the premier league, a undesired record by any manager in England’s top division.

Norwich City have now lost their last 1⃣5⃣ Premier League matches under Daniel Farke - the longest losing run by any side in English top-flight history under a single manager.