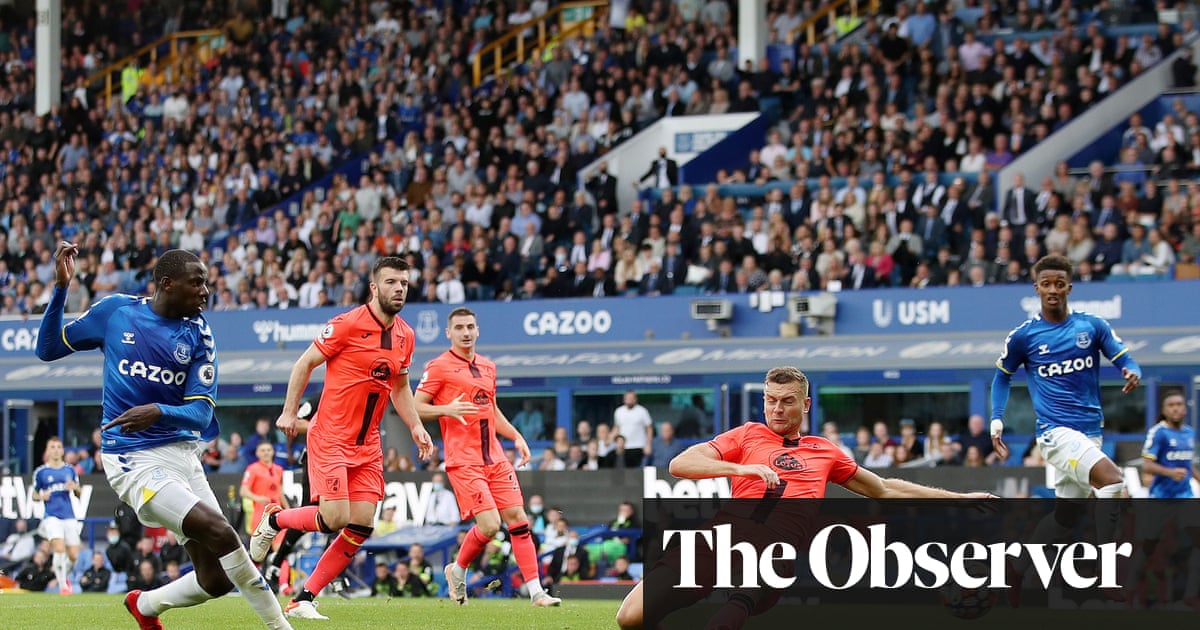 There were no jeers for Norwich’s beaten players this time around, unlike at Carrow Road last weekend, but the polite applause that emanated from the mass of yellow in the away section of Goodison Park spoke of grim resignation. A sixth successive Premier League defeat of the season, at the hands of a depleted yet clearly superior Everton side, will invite more questions regarding Daniel Farke’s ability to turn Championship winners into a serious, stable top-flight concern.

Rafael Benitez had his own problems coming into this game after a first league defeat followed by a Carabao Cup exit at QPR in midweek but Norwich made for the perfect, obliging opponents. An Andros Townsend penalty and Abdoulaye Doucoure’s late finish maintained the new manager’s 100% start on home soil.

Despite Norwich’s weaknesses this was always destined to be a result built on hard graft and perseverance for Everton. Beyond Demarai Gray and Townsend, Benitez was short of fit and creative options to fully capitalise on the visitors’ glaring lack of confidence with Richarlison and Dominic Calvert-Lewin among six senior players out injured. His attacking options on the bench comprised an exclusive set of young academy products in Anthony Gordon, Ellis Simms and Lewis Dobbin.

Salomon Rondon was again tasked with leading the line despite being short of match fitness after four months without competitive action prior to his deadline-day arrival from China. It told, although the Venezuelan centre-forward never shied from trying to make life uncomfortable for Norwich’s three central defenders. Rondon was also involved in the first chance of a quiet opening when turning Alex Iwobi’s left-wing cross into the path of Townsend. The unmarked winger shot tamely at Tim Krul when he, and the contest as a spectacle, needed a more clinical touch.

Farke’s change of formation may have been designed to give Norwich more width and authority in midfield but their impressive away support had to wait until the second half to witness the necessary improvement. Their team offered nothing in the final third before the break, apart from two hopeful punts from distance in the closing minutes, and a procession of careless passes out of defence proved easy pickings for Everton’s alert midfielders.

An anaemic start was compounded by the clumsy foul from Ozan Kabak that gifted Everton the lead from the penalty spot. The referee, David Coote, was initially unmoved when Allan, seizing on a loose ball outside the Norwich area, went down under the former Liverpool loanee’s challenge. VAR advised him to check the pitchside monitor, that showed the Brazilian touching the ball beyond Kabak before being caught on the thigh by the defender’s boot.

It was a needless foul – Allan, at full stretch to win the ball, was already heading to ground as Kabak swung his foot and had no chance of threatening Krul’s goal – and Coote immediately rectified his error. Townsend had grabbed the ball in anticipation of a penalty as soon as the VAR review was announced. He sent the Norwich keeper the wrong way from the spot with a confident left-foot finish.

Townsend threatened again early in the second half but Everton were only comfortable once Abdoulaye Doucoure doubled their advantage with 13 minutes remaining. Norwich were much sharper, more willing to commit men forward and inevitably more dangerous after the interval.

Mathias Normann was central to the improvement and Norwich’s prospects of recovery suffered a major blow when he was eventually forced off injured. Jordan Pickford, returning from injury, produced a superb save to deny Normann when the midfielder stepped inside Allan and struck for the top corner only for the England goalkeeper’s fingertips to intervene. Ben Gibson failed to apply his forehead to a dangerous free-kick across the face of Everton’s goal from Kenny McLean, who had Farke apoplectic in his technical area when blazing a more dangerous set-piece over a crowded penalty area and out for a goal-kick.

Everton were tiring but duly punished the struggling visitors. Allan was again involved, winning possession in midfield and allowing Gray to run at the heart of the Norwich defence. He slipped in Doucoure with a perfectly weighted pass to his right and the French midfielder, ordered to improve his goal output this season by Benitez, swept his second Premier League goal of the campaign under Krul. The agonising wait goes on for Norwich.