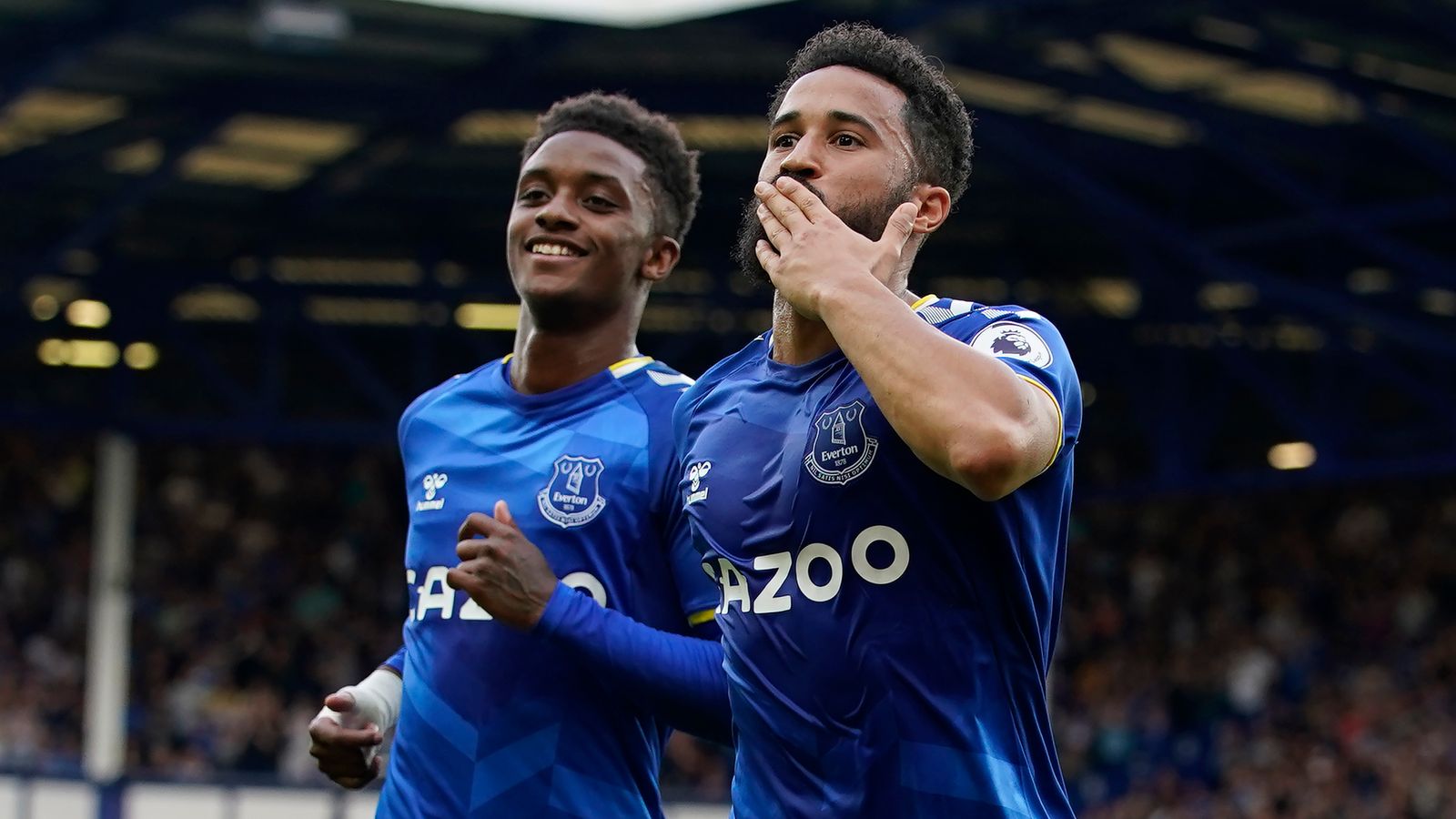 Goals from Andros Townsend and Abdoulaye Doucoure saw Everton edge past Norwich 2-0 at Goodison Park, with the Canaries still without a Premier League point.

Rafa Benitez's side went into the game with Jordan Pickford back in goal, although they were still missing forwards Richarlison and Dominic Calvert-Lewin, as well as captain Seamus Coleman.

But they took the lead in the highlight of a quiet first half. Former Liverpool loanee Ozan Kabak caught Allan high on the thigh inside the area, although referee David Coote initially refused the penalty claims. However, after a lengthy VAR review, the decision was overturned.

Without their two usual penalty takers - who have often publicly clashed over spot kicks - Townsend stepped up for Everton and expertly dispatched past Tim Krul (29).

Norwich improved after half-time. Mathias Normann tested Pickford either side of the break, while Ben Gibson missed a free header, but a sloppy moment in midfield saw Demarai Gray set up Doucoure, who finished expertly for Everton's second (77).

It ensured Everton bounced back from two successive defeats and moved into fifth place ahead of the remaining weekend games. Norwich are yet to register their first point of the 2021/22 Premier League campaign, sitting rock bottom of the table.

Everton are back in Premier League action next Saturday when they travel to Manchester United; kick-off 12.30pm. Norwich play on the same day, making the trip to Burnley; kick-off 3pm.