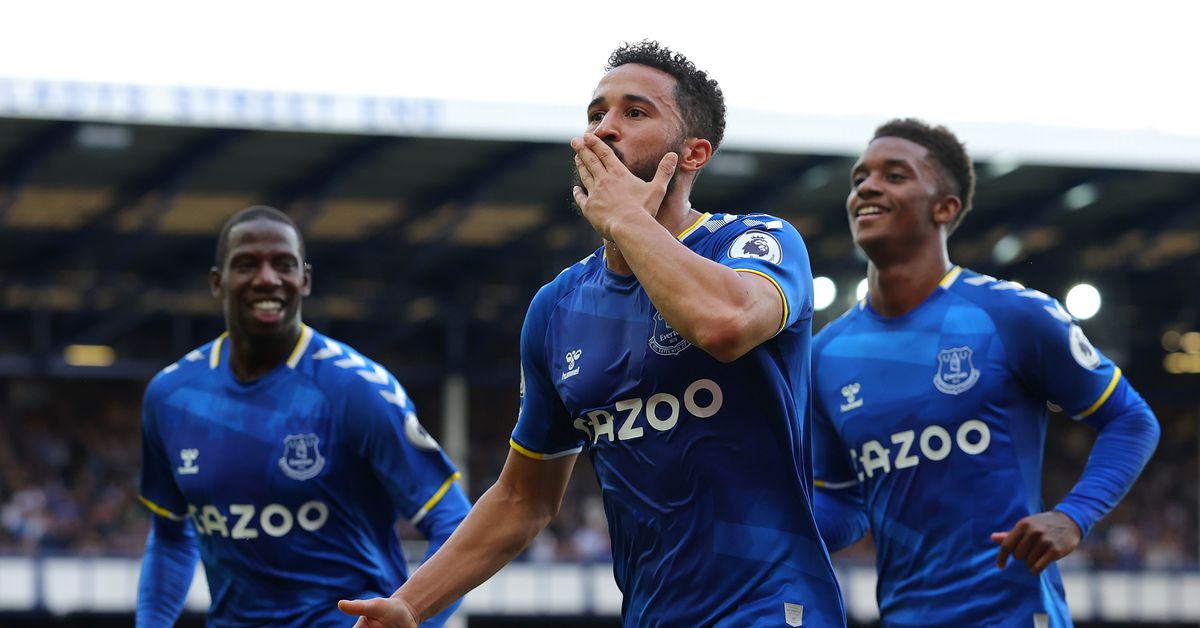 The stage was set for an upset. Everton were tottering after losing at Villa Park last weekend and then dumped out on penalties at Championship side Queens Park Rangers midweek. Premier League bottom side Norwich had lost every game they have played in the league this season, and fifteen in a row going back to the last time they were in the top flight.

Rafa Benitez’s side is hurting for fit players right now with Dominic Calvert-Lewin, Richarlison, Seamus Coleman, Andre Gomes and more all out but Jordan Pickford made a return to the starting XI today.

The first half was mostly a tepid affair as neither side could really impose themselves in the attacking third. The home crowd at Goodison started off in good voice and then quickly faded away.

It was Allan though with the defining moment of the half, bursting onto a ricocheted ball into the box and being taken down by Ozan Kabak. Referee David Coote took his time with the decision, going over to the VAR monitor before pointing to the penalty spot. Townsend sent Tim Krul the wrong way with a composed finish to make it 1-0.

Everton looked happy to just manage the lead in the second half with their limited attacking resources, but there were quite a few murmurs of dissatisfaction at the hour mark as the visitors pressed for the equalizer.

The Blues were relying on counters and it was a matter of time before they found a man in the box. Gray capped off another excellent outing winning a ball in the middle and then playing Abdoulaye Doucoure into space, and the midfielder neatly tucked the ball into the far corner to make it 2-0 and end the contest.

This Everton side looks entirely too reliant on new signings Andros Townsend and Demarai Gray for creativity, and lucky for Benitez both came ready to play today. How soon can we get Richarlison back?!

Speaking of the Brazilian, he was in the stands at Goodison looking like he was ready to come on if called upon.

A bit surprising to see Pickford back so soon and you have to wonder if Benitez will be regretting that after it looked like the England #1 tweaked it again.

Rondon still not looking match-fit, and worse, looks quite toothless when going up against a three-man backline.

Better day today for Ben Godfrey who is still getting back to match fitness after his bout with COVID.

Good to see Everton arrest the slide after two successive losses. We have another week now to get more players back and fit ahead of a difficult trip to Old Trafford.