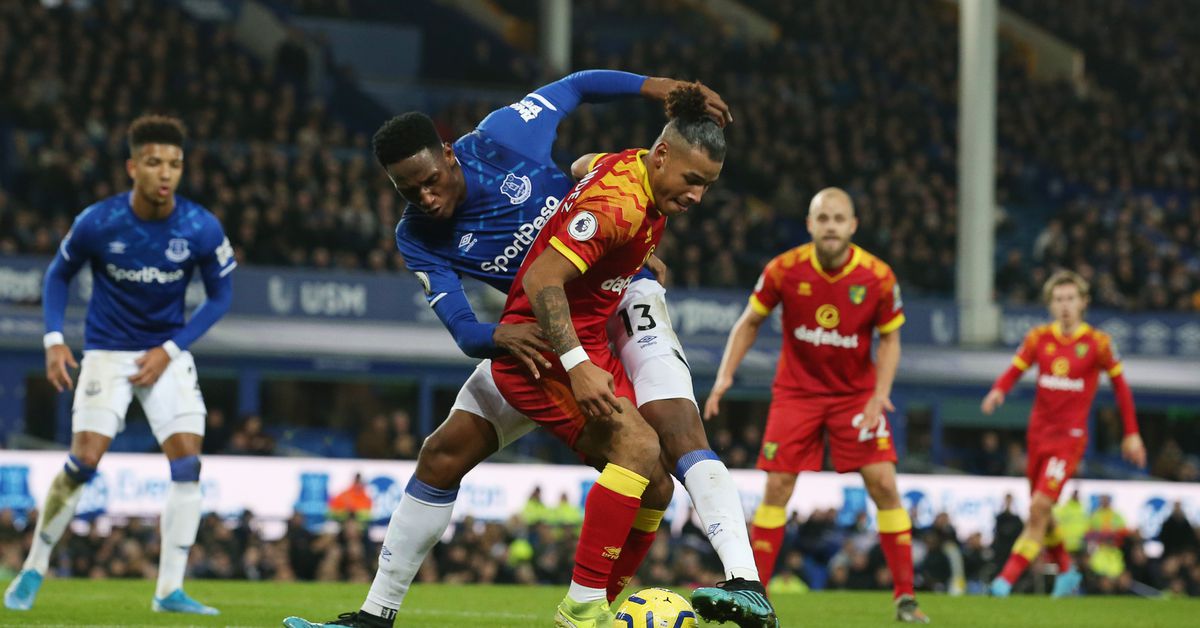 Everton take on bottom-of-the-table Norwich on Saturday looking to avoid a third successive defeat after chastening week in league and cup.

Saturday’s 3-0 humbling at Aston Villa was quickly followed up by a penalty shootout defeat by Championship QPR to dampen spirits following a bright start to the season.

The Toffees were much-changed and depleted by injury, but they still should have had enough to overcome lower division opposition.

It highlighted the paucity of quality beyond the first-choice XI and highlights the job facing Rafa Benitez this season.

Even at this early stage of the season we are facing something of an injury crisis, which mean san early cup exit and lighter schedule may be a blessing in disguise. It’s clear there are financial hurdles that need to be overcome so this campaign increasingly looks like one to simply endure before the rebuild can truly start next summer.

One financial hurdle that was cleared this week was the departure of James Rodriguez.

Much has been talked about the Colombian this week so I won’t repeat myself here. It is an unfortunate situation that we just need to move on from quickly.

His exit does free up considerable funds in the wage bill and Benitez confirmed in his preview press conference that he will now have some freedom to spend in January.

That means he will just have to patch up and make do with the squad he has for a few more months, with the looming international break the chance to get some key players off the treatment table and back on the pitch.

Norwich are fast becoming English football’s resident yo-to club as they continue to flirt between the Premier League and Championship, earning promotion four times and being relegated three times over the past 11 seasons.

I say that partly in jest, because I actually believe the Canaries have taken a sensible approach in recent years.

They have stuck rigidly to a transfer policy, wage bill and style of play, even if that ultimately led to a 20th-place finish at the end of 2019-20.

It meant they were in a relatively strong position the following campaign, with Ben Godfrey and Jamal Lewis the only major departures. The result was another Championship title and return to the top flight.

At some point however the fans will want to see a bit more ambition than just playing it safe and hoping for the best.

Mixed injury news for Everton ahead of Norwich clash

To be fair, the club spent an estimated £50m on new signings over the summer on the likes of Angus Gunn, Milot Rashica, Christos Tzolis and Josh Sargent, while Billy Gilmour, Ozan Kabak and Brandon Williams have arrived on loan.

If this was supposed the be the season to push on then the start must go down as a huge disappointment.

Five games and five defeats leaves them bottom of the pile and already facing a long winter battling against the drop, with the club now having lost 15 successive Premier League games across two seasons.

They can take heart from the fact they are playing Everton, who seem to relish giving struggling players or clubs a helping hand.

The Canaries were in a similar plight when they rocked up at Goodison in November 2019 but came away with a 2-0 win, their only Premier League away win that season.

Rafa Benitez says Jordan Pickford and Lucas Digne are in full training and could feature on Saturday.

Pickford had missed the last two matches with a shoulder injury while Digne was forced off against QPR with an ankle problem.

Dominic Calvert-Lewin, Richarlison and Seamus Coleman are still sidelined, with Andre Gomes and Jean-Philippe Gbamin joining them on the injury list.

It was a bright sunny July evening when the two sides last met during Project Restart in the summer of 2020, with Michael Keane’s header enough to earn Everton all three points at an empty Carrow Road.

Norwich head coach Daniel Farke: “Everton is, for me, a top class side with top players and they will definitely finish in a really good position at the end of the season.

“They have high quality individual players and a very experienced coach. If you have this combination, then it’s quite likely that you finish in a really good position.

“Their results in the first games were top class. They will be a bit disappointed with their last game, and in the cup they played with many changes, so this happens.

“All in all, you have to say, in terms of points, they’ve had quite a good start. I’m pretty sure it’s a difficult task for us and they will finish in a top position.

“We will travel pretty respectful but also fully aware that we have a chance.”

Everton boss Rafa Benitez: I am quite pleased with everything, the attitude of the players and way we are playing.

“Especially at home, I think the fans appreciate the intensity and offensive football.

“But, hopefully, if we play at the same level and intensity of the past home games, we can win without conceding and suffering.”

Most fans would relish a match against a side bottom of the table without a point, but this is Everton and there will be nerves aplenty if the Toffees don’t start well.

Those two defeats and a glut of injuries have knocked confidence, but a win here would still make it a decent start to the season.

A victory is fairly crucial as well given there’s a trip to Manchester United to come before the international break.