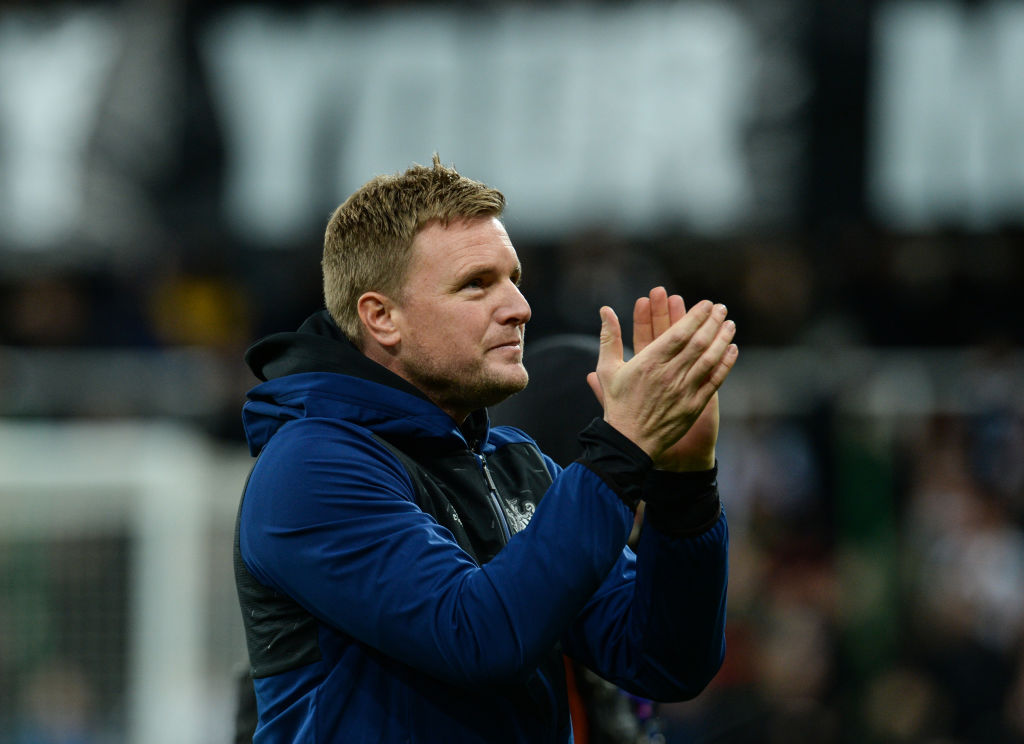 STOKE ON TRENT, ENGLAND – OCTOBER 27: Tyrese Campbell of Stoke City looks on during the Carabao Cup Round of 16 match between Stoke City and Brentford at Bet365 Stadium on October 27, 2021 in Stoke on Trent, England. (Photo by Nathan Stirk/Getty Images)

Newcastle United boss Eddie Howe is keen to bring Stoke City striker Tyrese Campbell to Tyneside – and he could cost a huge £20million.

That’s according to The Sun, who claim that Campbell is one of Howe’s top targets for the January transfer window.

Campbell has only started two league games for Stoke this season having come back from a serious knee injury.

That injury saw a move to Everton collapse according to this report, and Newcastle are ready to swoop in.

Campbell is back fit and firing now, and scored in Stoke’s 2-0 win over Queens Park Rangers on Saturday.

Newcastle are watching very closely, though £20million could be a gamble.

Who is Newcastle target Tyrese Campbell?

The 21-year-old attacker is the son of former Everton striker Kevin Campbell and looks destined for the Premier League one day.

Formerly of Manchester City, Campbell left the Etihad Stadium in 2016 for Stoke.

With 20 goals in 75 games for Stoke, Campbell has shown promise in front of goal.

Newcastle want pace and excitement in attack under Howe, and Campbell can certainly prove that. Stoke boss Michael O’Neill has called Campbell a ‘great finisher’ and suggested that he frightens defenders.

What’s interesting is that Howe has actually wanted Campbell before having fancied him at Bournemouth in 2020.

It’s therefore no great shock that Howe wants Campbell at Newcastle, and a January bid could be on the way.