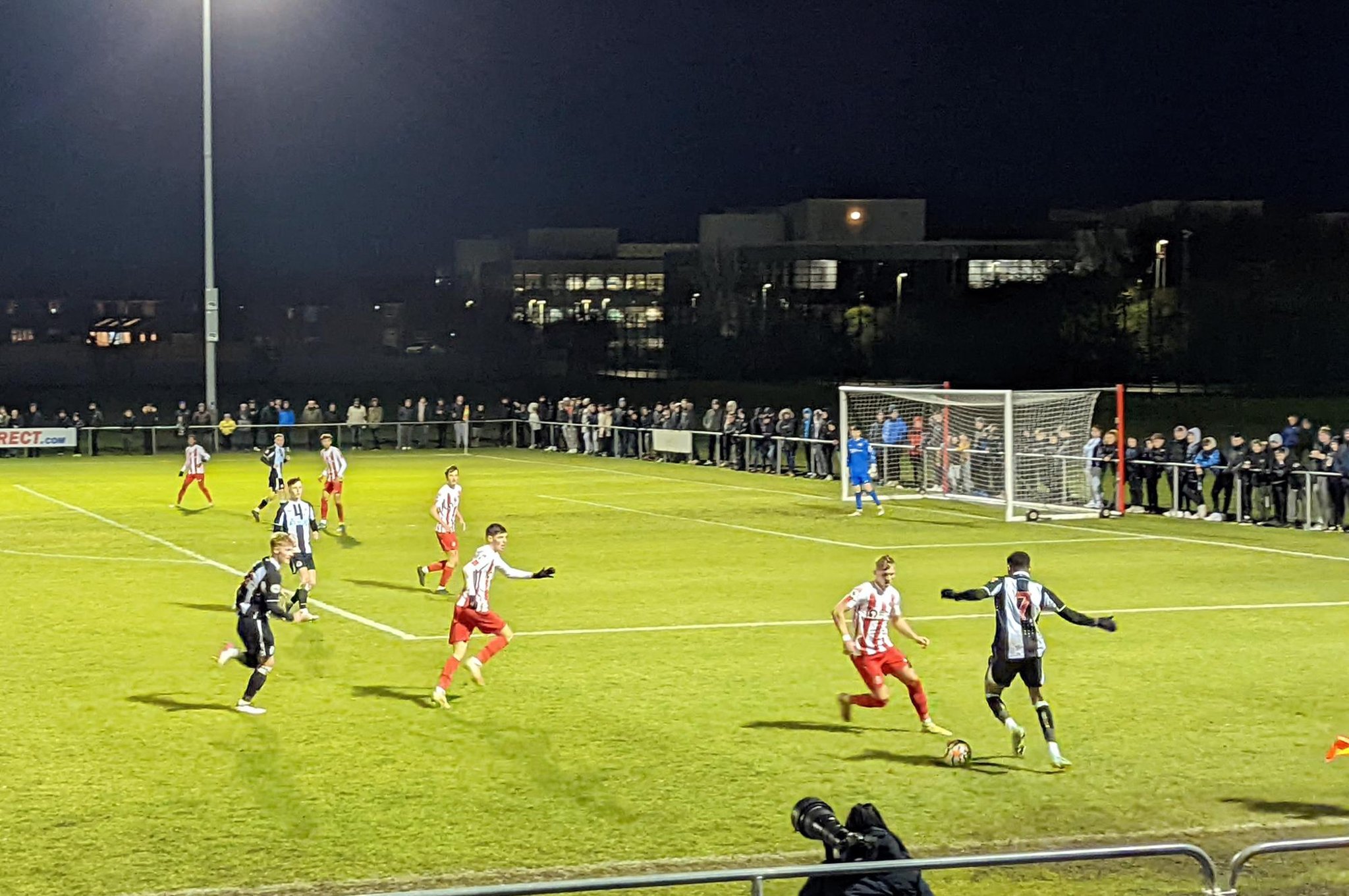 Sunderland had the first decent opportunity of the match as Ciaran Dunne’s cross from the left was controlled by Stephen Wearne, whose back-heeled effort went wide of the right post.

But with just over quarter-of-an-hour played, the young Black Cats were reduced to 10 men as Almond was shown a straight red card following a dangerous challenge on United defender Brad Cross.

Newcastle found a breakthrough after 24 minutes as Stephenson picked up the ball inside the box before jinking into space and blasting the ball in from close range to make it 1-0.

The forward, who celebrates his 19th birthday this week, had an opportunity to double the hosts’ lead before the break after bursting into the box, but his shot was well held by Jacob Carney in the Sunderland goal.

Straight after the restart, Stephenson was at the heart of the action again as he latched onto Niall Brookwell’s lobbed ball down the left side of the penalty area before shooting into the side netting with the angle against him.

Newcastle goalkeeper Dan Langley was called into action on the hour mark as he had to be alert to block Ciaran Dunne’s low effort with his foot.

Sunderland were putting up a decent fight with 10 men as Dunne broke down the left before firing an angled strike just over the Newcastle crossbar with 10-minutes remaining.

But United wrapped the game up in the closing stages as Stephenson reacted quickest to poke home his and the hosts’ second of the game after Lucas De Bolle’s shot was parried – securing a 2-0 win in Premier League 2 Division 2.