Burnley fans with some...interesting views on what happened at St James Park
The Mag 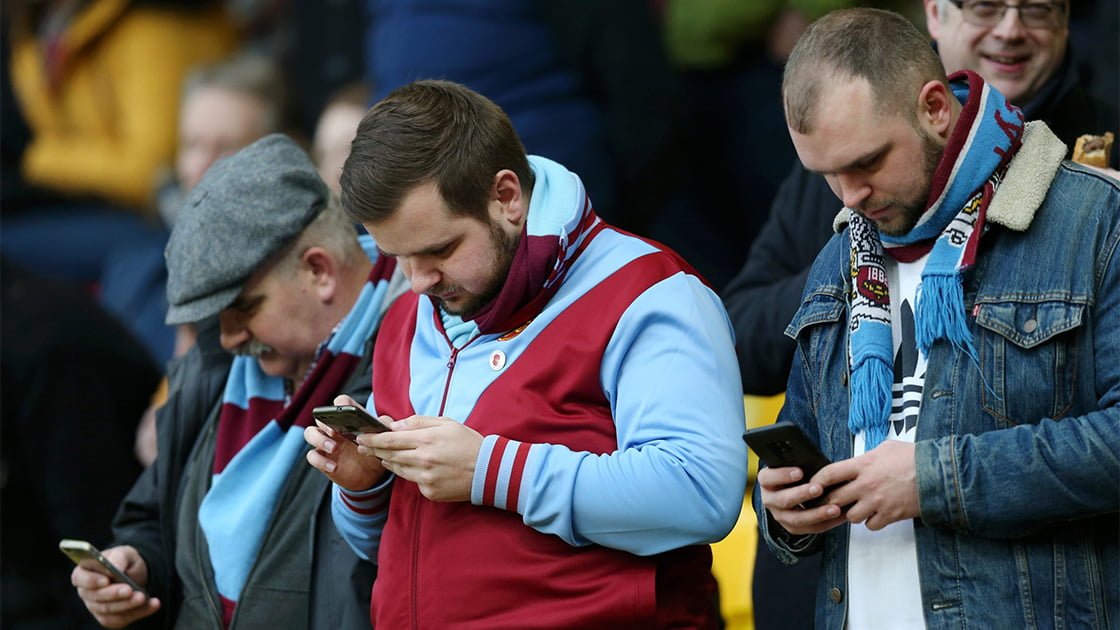 Burnley fans travelled to St James Park, knowing that a win would almost certainly see them climb out of the relegation zone, albeit on goal difference.

However, instead they now find themselves level on points with both Norwich and Newcastle United, the Clarets third bottom but only above the other two clubs on goal difference.

Newcastle taking all three points in a 1-0 win, courtesy of Callum Wilson’s goal.

Reading these comments below from Burnley fans is…interesting.

There is the odd voice of reason but a clear majority were watching a different game to me.

Burnley fans claiming that their side were the better team over the 90 minutes, some even thinking that the visitors were better than Newcastle in the second-half!

Some Burnley fans reckon the goal shouldn’t have stood…but unable to give any explanation as to why this should have been the case.

Many Burnley fans going down the route of yes their team is rubbish BUT Newcastle United are even worse.

Hmmm. I really hope that isn’t the case because on the evidence of what I saw on Saturday, if you finish below Burnley this season then I don’t think you will be in the Premier League next season.

Burnley fans commenting via their Up The Clarets message board:

‘I wish I hadn’t had to sit through that. It was awful, made worse by sitting amongst the idiot Geordies.

We looked so so bad today. Played football for the last 5 minutes.’

‘Terrible result, but we absolutely hammered them second half, unlucky for the disallowed goal when Jay Rod was offside.

Newcastle really are sh.t though, and we are much better but unable to score again’

‘Did you really say WE hammered them second half? Wow.’

‘I really want Newcastle to go down…

Sick of the sight of seeing their Directors and the Witch.’

‘That is what sickens me most. I still think we will dig ourselves out, but I really, really don’t want Newcastle staying up.’

‘We offered nothing against the worst team in the league.’

‘Newcastle were absolute garbage and their performance was as bad as ours.

But Pope gifted them a goal (always punch when coming out so far into a crowd of people, for exactly that reason of the goal) and they were desperate to hold on and did.

They were lucky they came up against us who were just as bad as them!’

‘We played OK until they scored. We had had the best chances and they looked shaky if a bit of a concern in the break. Once they went in front it totally lifted them and our heads dropped – took till the last 25 before we started to drive back into it.’

‘There was no challenge.

Pope fell on top of a Newcastle player and dropped the ball.

The Newcastle player wasn’t even looking at Pope, never mind challenging for the ball.’

‘Just seen it on the highlights and I do think certain other teams would have benefitted from a free kick for a foul on the keeper, but your right, Pope misjudged that and fell on the player.

Fine margins though, on another day Pope keeps hold of that and nothing comes of it.’

‘Dreadful result. We deserve to go down. We haven’t looked like comfortably winning a game all season bar Brentford. We don’t even look like grinding out wins. It’s hard to see what will change. Our run of form is horrific. Will the new owners just accept this limply?’

‘Midfield really woeful today, and Wood looks like a man ready to retire!

We were on top until Cornet went off – tells a story.’

‘Wow today isn’t great and by all accounts not a great performance in the second half, but anyone expecting anything other than a defeat today just doesn’t follow football and the football gods. It was written in the stars that eddies and Newcastles first win would be against us. I have no doubt we will win the next game.’

‘We’re still in with a chance, but given our lack of victories this season, Watford look like the only other side we might finish above, and that’s assuming we can somehow finish above both Newcastle and Norwich which is by no means a given.’

‘We were indeed poor today, however if McNeil had just chipped that one into the box at the death instead of shooting from a really tight angle we had three players queuing up. We could have stole a point from a game in which we deserved nothing really against a poor Newcastle team.’

‘A car crash of hit and hope.

‘Burnley the better side today but could not turn it into a win.’

‘Watched the second half, I really thought we were playing well in large spells’

‘Don’t think the goal should have been allowed to stand but difficult to make that the focus of the match when we’ve played as poorly as we did today.’

‘Cornet going off made an unbelievable difference. We were all over them. Then we gifted them a goal and proceeded to lump it up to wood to not win anything.’

‘Gutted tonight. Deserved a draw, up to the goal only Burnley in it.’

‘That must have been Special Brew you’ve been on this afternoon.’

‘How are people saying we were the better team?

I mean… Newcastle are sh.te but we couldn’t even put a decent pass together.’

‘Disaster of a result and performance. The stench of relegation and Dyche stale all over it.’

‘Gifted a win to these two muppet newcastle managers.’

‘What a sh.te game that was, their directors are celebrating like they’ve just won the league, total toss.’

‘See Newcastle going onward and upwards now they got bankrolled.’

‘Not really, anyone else in the league would have battered them today.’