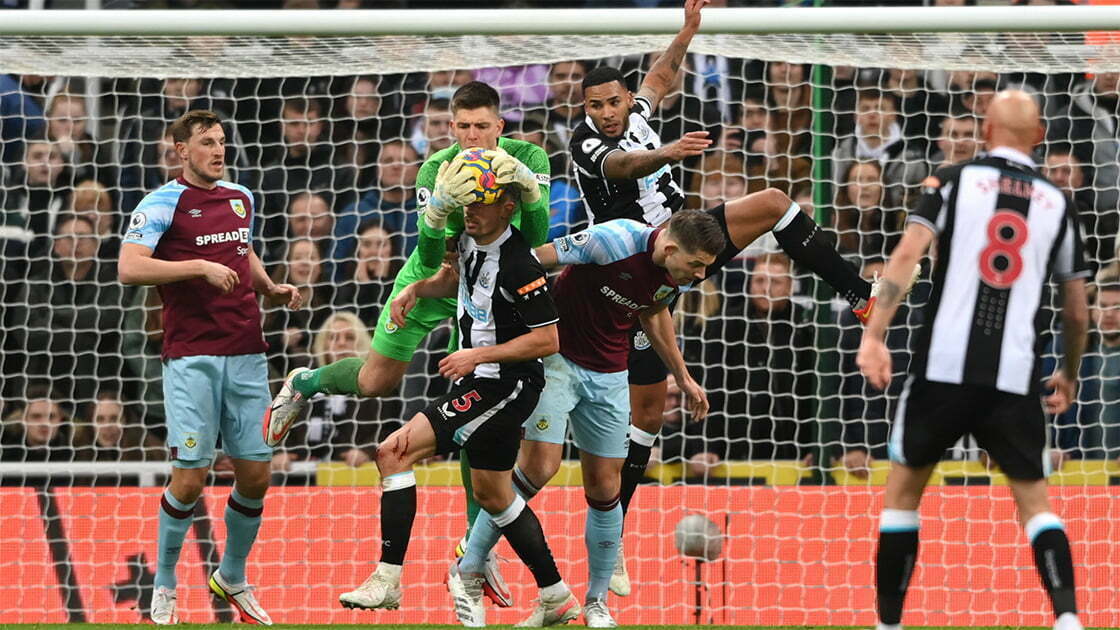 Dermot Gallagher reviews controversial decisions in the Premier League after each round of games, on behalf of Sky Sports.

The former top referee has now given his call on this incident in the Newcastle v Burnley match.

Dermot Gallagher looking at a key incident, when with the game still goalless, a Newcastle cross from the left by Joe Willock, saw Pope come a long way from goal to try and catch the ball, only to drop it when then colliding with Fabian Schar.

Callum Wilson then brilliantly taking the ball around the fallen keeper and past a couple of defenders, before smashing it into the roof of the net from around 15 yards, his shot going above the last defender on the line’s head.

There was then a delay as VAR checked, the goal then eventually confirmed after a nervous wait.

Dermot Gallagher talking to Sky Sports about whether goal should have been allowed to stand on Saturday, when Callum Wilson got the winner at St James Park against Burnley:

“Callum Wilson scored the only goal of the game when Nick Pope spilled Joe Willock’s cross?

“But was Pope fouled?”

“He connects with Schar rather than the other way round.

“Pope’s momentum takes him into Schar and that’s what forces him to lose the ball.

“There’s a little bit of contact with [Jamaal] Lascelles but it’s minimal.

“He’s still got the ball in his hands then.”

At the time, you could understand why the incident was checked by VAR.

However, once you saw the TV replays yourself, there was clearly no reason not to allow the goal to stand. Pope recklessly coming too far out and then colliding with Schar as he came down with the ball, the Newcastle defender totally innocent in the incident as he was facing the other way and not intentionally interfering with the Burnley keeper in any way.