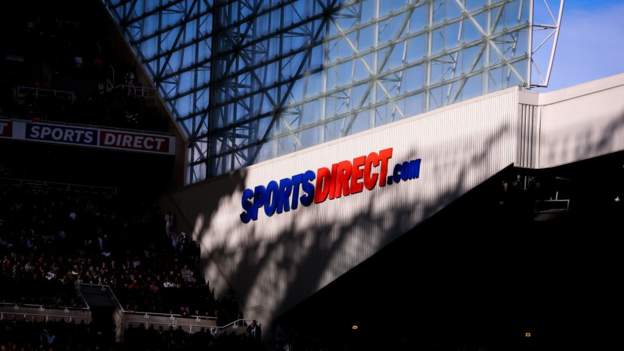 Newcastle have begun to remove the Sports Direct signs from around the club's St James' Park stadium, much to the delight of fans.

The signs are seen as a hangover from previous owner Mike Ashley, who owned the sports retail firm and had the signs on each side of the stadium.

Work began on Monday morning and will continue this week.

It is hoped that they will all be removed before Newcastle host Manchester City on 19 December.

After taking over the club on 7 October, new co-owner Amanda Staveley said the club would look to remove the signs as soon as possible.

He added on social media: "It might not make sense to others, but you need to have lived the 14 years of what the signage symbolised and what that did to Newcastle and the city. It's a good day."