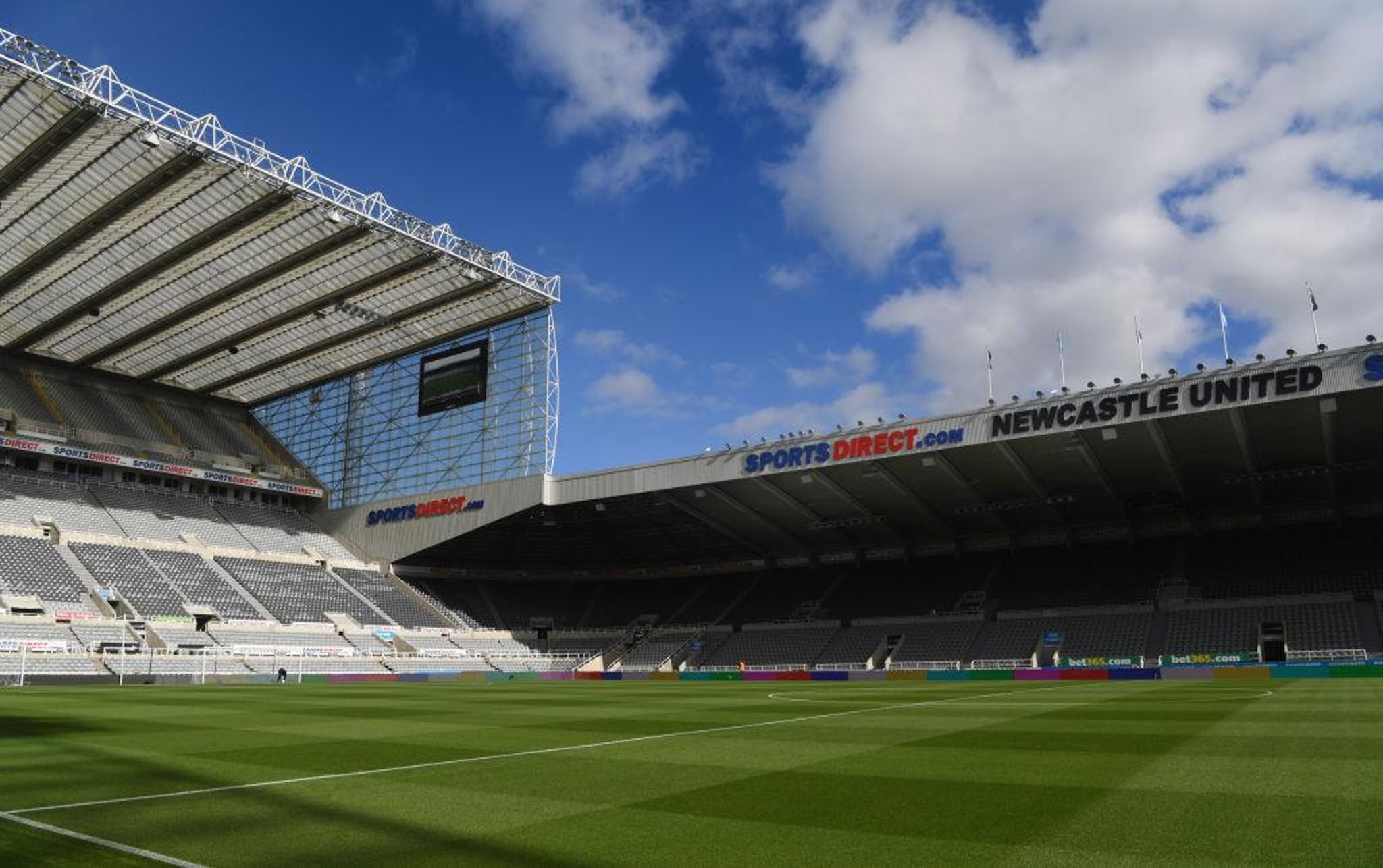 On Monday morning, images circled on social media showing the signs getting removed from the Leazes End of the ground. The Gazette understands all signs are coming down this week.

This means Newcastle’s next Premier League home match against Manchester City on Sunday, December 19 (2:15pm kick-off) is set to see a St. James's Park void of any Sports Direct signage for the first time in well over a decade.

Ashley, United’s former owner, is the majority owner of the Frasers Group, which owns Sports Direct.

After the news broke, many Newcastle fans took to Twitter to voice their satisfaction – here’s what some had to say…

@NOTDanMatt24: “Expect Mbappe, expect to win the league, deluded.” We are literally cheering and in tears cause a few signs for a sports shop are getting took doon.”

@siblood: “We would have happily ripped them down ourselves. Finally we are free!”

A general view of St James' Park with Sports Direct signage before the Premier League match between Newcastle United and Leicester City at St. James Park on September 29, 2018 in Newcastle upon Tyne, United Kingdom. (Photo by Stu Forster/Getty Images)

@Rushpups: “As each one of those tatty letters appear in the skips, they should be removed, hand delivered to Sports Direct on Northumberland St, and a full refund demanded covering 14 years of endured misery!”

@Skirgey: “About time, final goodbye to any sign of his tyrannical reign of our club.”

@BenBronx: “This is a beautiful sight. The SD signage is being removed from St James’ Park. The last reminder of the 14-year tenure of Mike Ashley will be completely gone by the time we play our next home game. Happy days!”

@ndent07: “Happy Monday everyone!! I can’t wait to see our amazing stadium back to its former glory.”

@TheMasterBucks: “I feel bad for Manchester City. They're gonna be buried into the ground by the St. James’ Park atmosphere once they all get in there and see the Sports Direct signs are gone.”

@DanHedley92: “I’m fussy but I want the font of the ‘Newcastle United’ changed back to how it used to look as well, get rid of that cheap Sports Direct looking thing.”