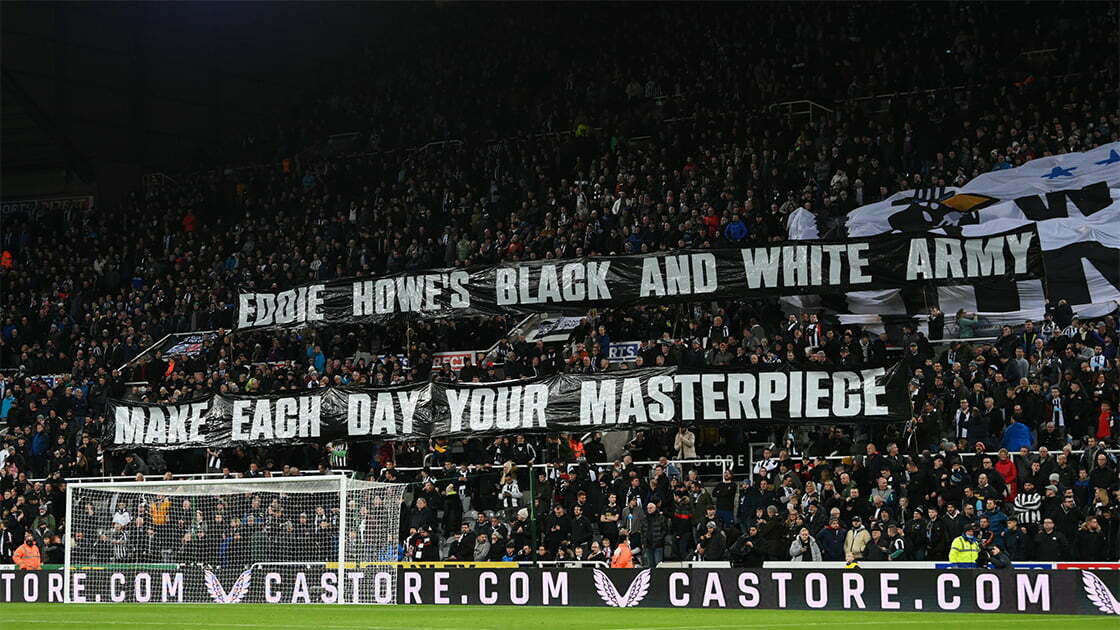 Newcastle United had a number of firsts on Saturday.

The first win under these new owners.

A first victory under Eddie Howe.

A first win of the season at the sixteenth attempt.

A first Premier League clean sheer at the fifteenth opportunity.

One thing never changes though…and that is, if the Newcastle United fans get any encouragement whatsoever, they will back their team and club to the hilt.

The atmosphere was immense on Saturday and some of our enemies (journalists, pundits, fans of other clubs) chose to mock the reaction to this first victory of the season, laughing at the idea of the team doing a ‘lap of honour’ and the Newcastle United fans giving them a standing ovation.

Well, who gives a flying f.ck what they say or think?

A lot of talk about a tough December ahead of us all, so has that put Newcastle United supporters off?

What do you think?

This is the state of play on Newcastle United ticket availability for December’s matches:

Sunday 19 December 2pm – Man City home (Sky Sports) Tickets went on general sale at 10am this Monday morning at 10am and now (11.30am) there are only around 200 tickets still available.

Thursday 30 December 7.30pm – Everton away (Amazon Prime) All 3,000 away tickets sold out for this Thursday night match.

If you haven’t got a ticket for that next home game against Manchester City, you will need to get in quick with just a couple of hundred tickets left on sale.

An extra reason to go to that match has been revealed on Monday morning, with confirmation from the club (and a photo) that the Mike Ashley Sports Direct adverts are coming down at St James Park!

Imagine how great this will look after all these years, no more of those shockingly trampy adverts at our stadium!

The first game in the New Year is on Sunday 2 January 2pm and is Southampton away. Despite that really poor 2pm Sunday kick-off time, tickets are currently available to season ticket holders / members and the official NUFC ticketing site is showing only 282 (at 11.30am Monday morning) of the 3,000+ away ticket allocation remains available.

Moving beyond that…tonight we have the FA Cup Third Round draw to see who Newcastle United play on the weekend of Saturday 8 January 2022.

The draw is live on ITV4 tonight at 7pm, Newcastle United are (hopefully) lucky ball number 29.

It would be great to get a home draw at St James Park against a team from a lower league. A great chance of winning and also a great chance for another full St James Park, with a different crowd to an extent, able to enjoy usual reasonable cup ticket prices AND the sight of a Sports Direct / Mike Ashley free St James Park!