Posted Friday 28th January 2022 on Pain In The Arsenal 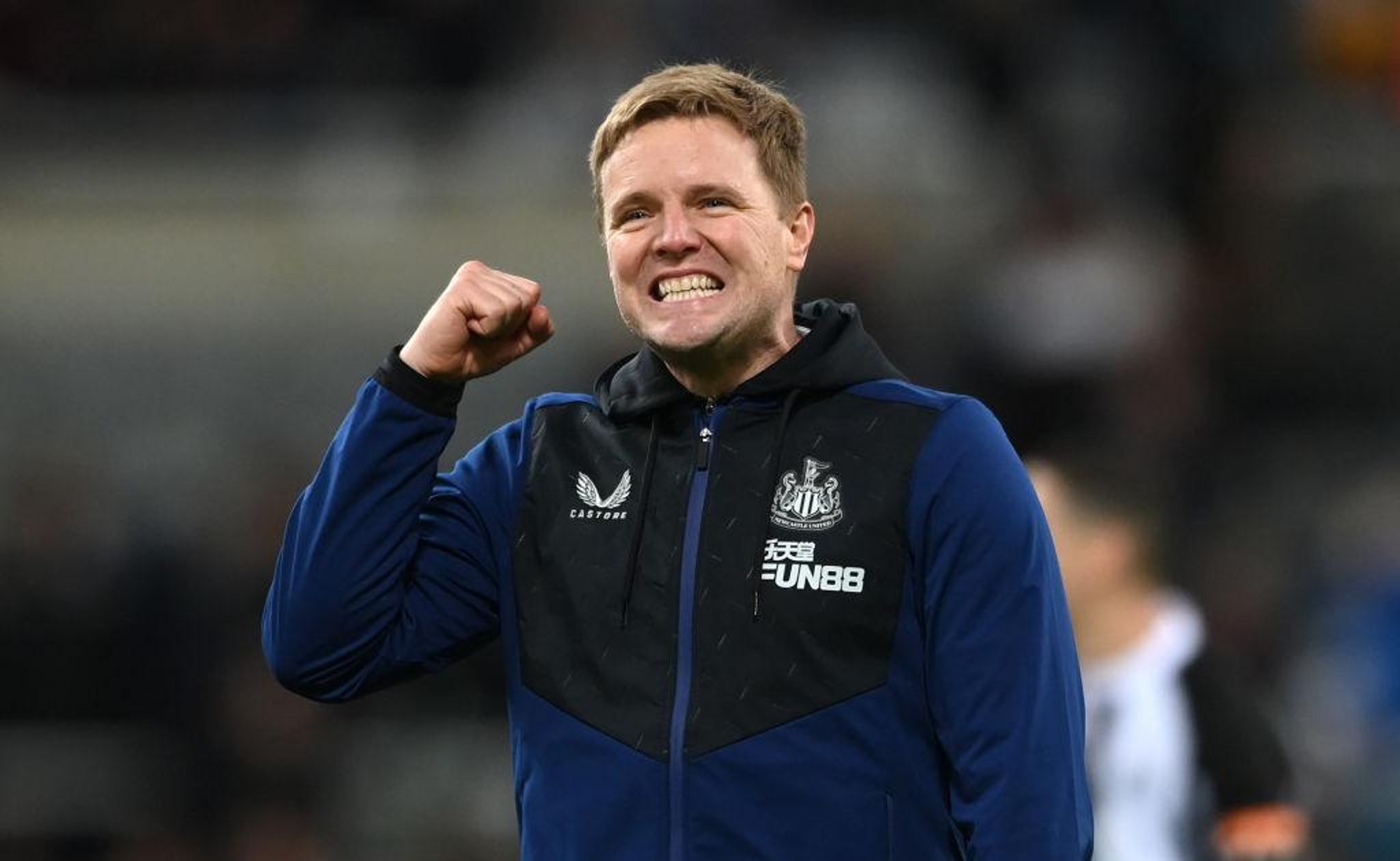 And the 44-year-old saw the win as a huge mental hurdle that his players have overcome in their bid for top-flight survival.

"I'm a firm believer in psychology, whatever word you want to phrase, is so important in professional athletes and team sports,” Howe said following the victory.

"You have to take to the pitch believing you can win. Sometimes you have to actually win to believe it, to feel it."

Howe and his players certainly ‘felt it’ on Saturday evening as St. James’s Park erupted on the full-time whistle as the staff and players proceeded to show their appreciation to all four corners of the ground.

Howe even allowed himself a celebratory fist pump or two – such was the importance of the three points that took United off the foot of the table.

Since the former Bournemouth boss took charge, there has been a distinct change in Newcastle’s approach to training.

Newcastle manager Eddie Howe celebrates with the fans after the Premier League match between Newcastle United and Burnley at St. James Park on December 04, 2021 in Newcastle upon Tyne, England. (Photo by Stu Forster/Getty Images)

Physically, the players have been put through their paces but Howe has also highlighted the significance of the mental side of the game.

“We've done lots of psychological work with the players,” he added.

“There is probably no one thing, it's a combination of lots of things and I've always worked that way to try and get the group to think in a certain way and to believe in certain things to highlight the power and importance of certain themes that we're trying to get into them.

NEWCASTLE UPON TYNE, ENGLAND - DECEMBER 04: Eddie Howe, Manager of Newcastle United gives his side instructions during the Premier League match between Newcastle United and Burnley at St. James Park on December 04, 2021 in Newcastle upon Tyne, England. (Photo by Stu Forster/Getty Images)

“But I have to say, I've seen a group that I've been really motivated and willing to give their all for the team again, I think you can see that. We didn't carry anybody out of possession [against Burnley]. Everybody, to a man, knew the importance of defending and putting their bodies on the line, and we got our rewards.”

Newcastle will be hoping to carry on that winning feeling next Sunday as they face a difficult trip to Leicester City (2pm kick-off).