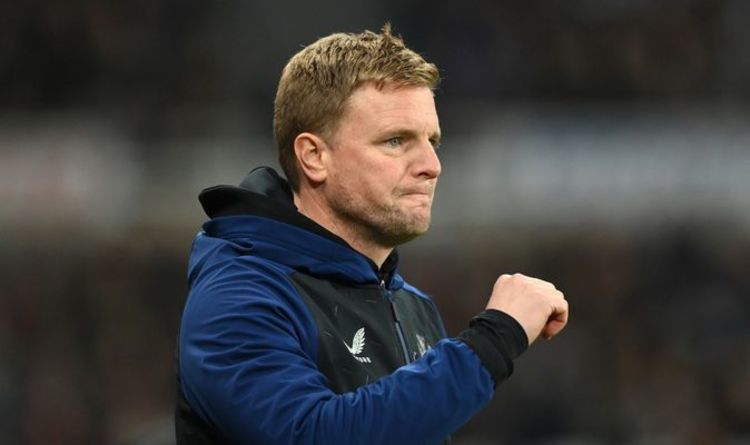 Newcastle United have been told how much it will cost them to sign Romain Faivre in January — by the player himself. Eddie Howe is hoping to bring some new faces in during the winter transfer window to bolster his squad, after failing to win any of his first three games in charge.

The new owners, the Saud-based Public Investment Fund (PIF), pledged to spend heavily after completing a £305million takeover in October.

Newcastle have been linked with a host of high-profile names, ranging from Ousmane Dembele, Dusan Vlahovic and James Tarkowski.

But recent results means expectations have changed somewhat in recent weeks, with the club expected to spend wisely in January to hand Howe a squad capable of staving off relegation.

But it is understood the board, led by chairman Yasir Al-Rumayyan and director Amanda Staveley, may consider a spending spree in the summer once Premier League safety is secured.

That could mean Howe is forced to be more shrewd in the upcoming transfer window, making low-cost but effective signings rather than marquee ones.

JUST IN: Newcastle icon Shearer 'not convinced' of relegation survival

And one of his more affordable targets is reportedly Brest midfielder Faivre, who has caught the eye of several European clubs with his goalscoring exploits in Ligue 1.

Faivre was close to joining Serie A title contenders AC Milan over the summer before the deal collapsed, leaving him stranded at Brest.

But he has picked up where he left off last season with some stunning form in front of goal, with the 23-year-old has finding the net six times and laying on five assists for this team-mates.

His grand total of 11 goal contributions in just 15 appearances this season makes him one of the top goal contributors in the French top flight behind Kylian Mbappe, Dimitri Payet and Ludovic Ajorque.

The Magpies are in need of some inspiration after failing to win a Premier League game after 14 matches this season following their 1-1 home draw with Norwich.

Howe hinted in his first press conference that he has the backing of the board to spend where necessary, but hinted the pursestrings may be restricted while the club are staring down the barrel of relegation.

"I can't make any promises on that,” the Newcastle boss said.

"But I can promise that the people above me, the owners, will support the team and support me in trying to achieve what we need. That's all I can say at this time.

"It would be foolish of me to make rash promises or statements. My priority at the moment is to get the best out of the players we have."